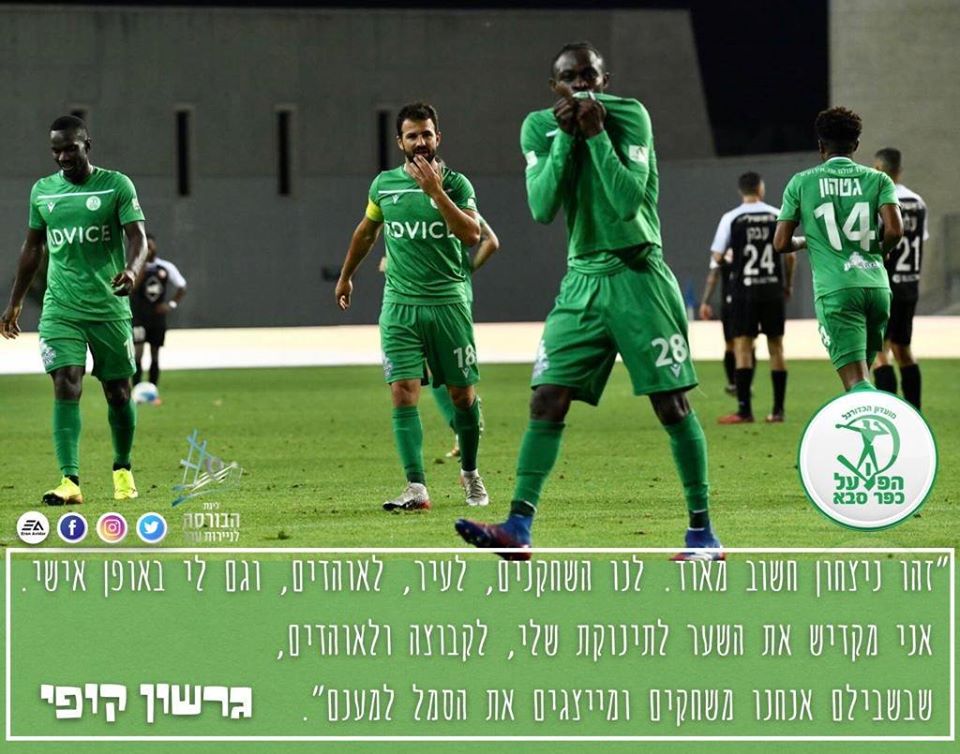 Gershon Koffie scored his first goal for Hapoel Kfar Saba on Saturday as they beat Hapoel Raanana FC at home in the Ligat ha'Al playoffs round.

The 28-year-old scored the opening goal of the match six minutes into the second half.

Koffie was making his 23rd league appearance for the club.

Two minutes from time, Omer Fadida added the second to seal the win

Hapoel Kfar Saba  are fifth on the table after 28 rounds of matches.