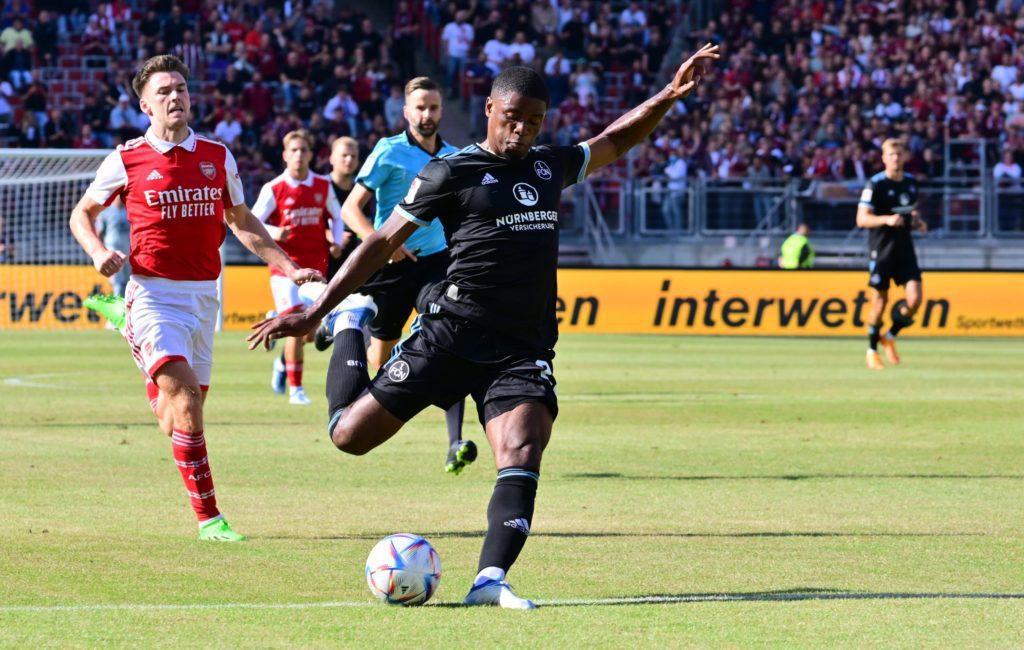 The Ghana target scored with a powerful striker to give the German Bundesliga II side a two goal lead on the half hour mark.

However, Arsenal recovered to beat FC Nurnberg 5-3, in a game that had two own goals.

Own goals from Christopher Schindler and Tim Handwerker gave Arsenal a two goal cushion before Lukas Schleimer pulled one back.

There was enough time for Gabriel Jesus to complete his brace.