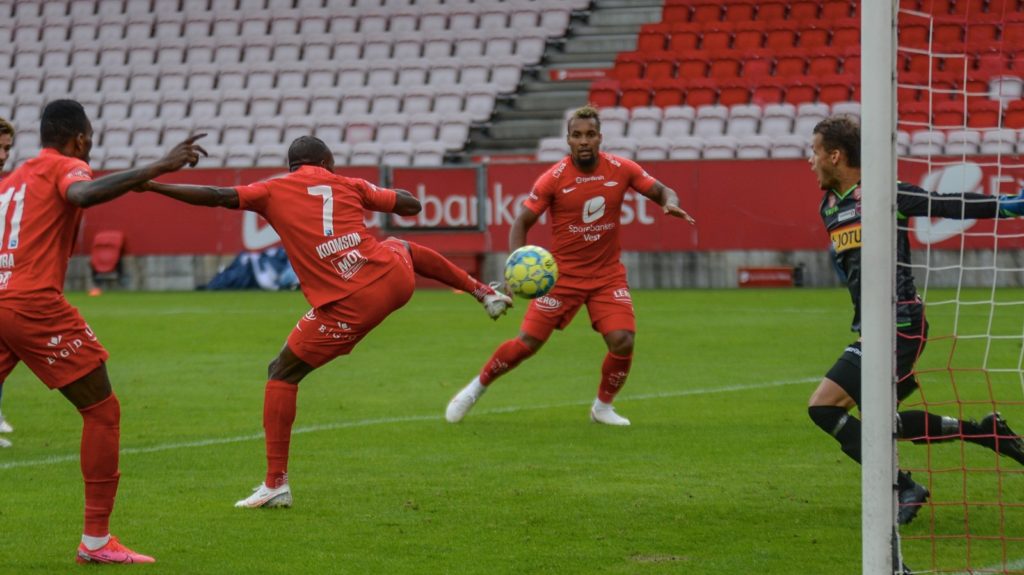 Gilbert Koomson made it five league goals in seven matches on Sunday, 12 July, 2020 when he scored a brace for Brann in their 3-1 home win Sandefjord.

The Ghana striker registered his first goal his first in the ninth minute when he directed home a miscued header by the Sandefjord into the net.

It gave Brann a two-zero lead after Robert Taylor had stabbed home a cross from the left.

Koomson's second goal was on the 12th minute mark when he drilled through the goalkeeper after racing in from the right and entering the box.

Sandefjord managed to pull one back in the 22nd minute through Celorrio Yécora from the spot.