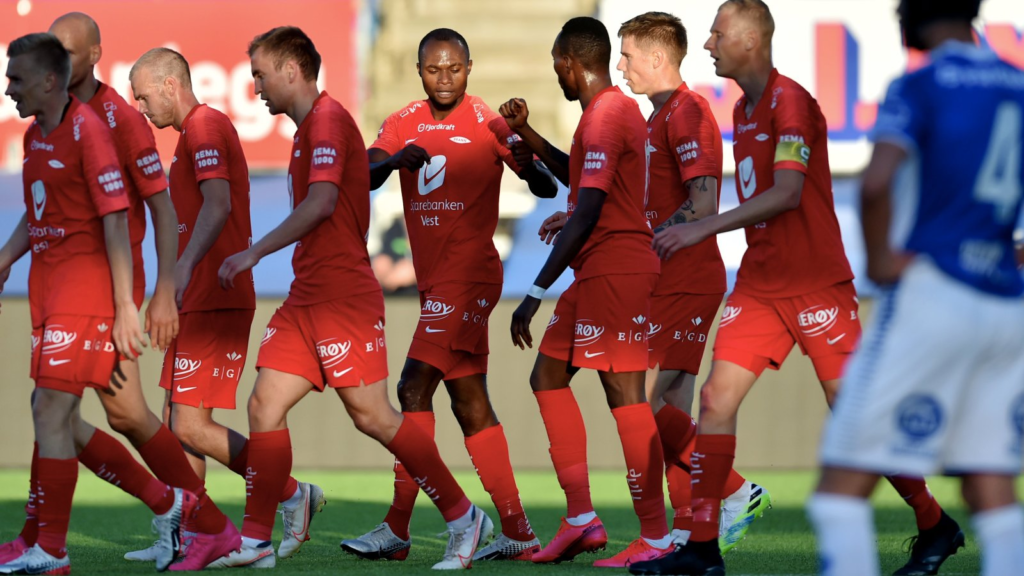 SK Brann did just enough to pick maximum points against Sarpsborg 08 on match-day 5 of the Norwegian top-flight courtesy Gilbert Koomson’s first half strike.

Brann had done fairly well since the start of the 2020/21 Eliteserien season, winning two, drawing and losing one apiece before their trip to the Sarpsborg Stadium on Thursday.

Ghanaian forward Gilbert Koomson has been one of the bedrocks of the Reds’ fine form after scoring two goals in four games.

Koomson demonstrated his importance to the side once again during their match-day 5 encounter against Sarpsborg 08.

The 25-year-old popped up with the winning goal after steering home Taijo Teniste’s perfect low pass in the 42nd minute. He was replaced with Gilli Rolantsson in the 81st minute.

Koomson’s goal saw SK Brann move up to 3rd position with 10 points after five round of games.

He has now scored three goals in five matches for the club in the ongoing campaign.