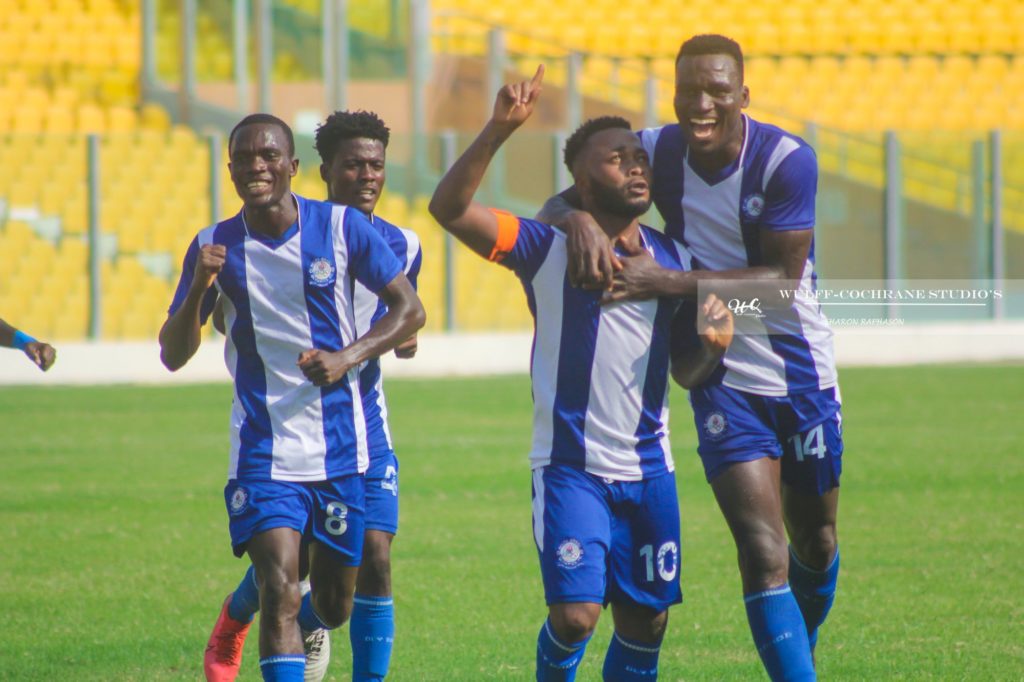 The former TP Mazembe midfielder scored from 22 yards to break the deadlock as Great Olympics took the lead in the game.

The ‘dade boys’ failed to protect the lead and lost the game by 2-1 at home with goals from Yaw Annor and Amos Addae for AshGold.

It was their first defeat of the season at the Accra Sports Stadium.

Gladson Awako has been key for Great Olympics this season, winning multiple Man of the Match Awards for the Accra based team.

He has been nominated for the Ghana Premier League Player of the Month Award for December.

Check the goal below: