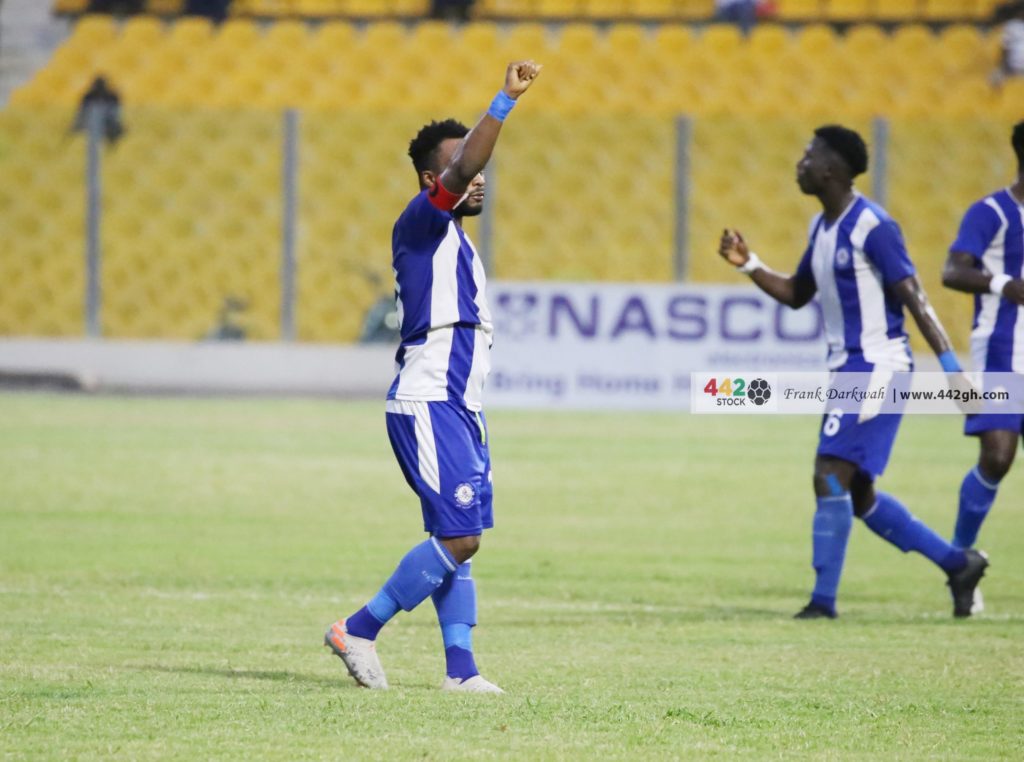 Great Olympics captain Gladson Awako scored a beauty to propel his side to a 3-2 win against WAFA on matchday 23 at Sogakope.

The former TP Mazembe midfielder scored from a free-kick at an acute angle to put his side in the lead in the 13th minute.

WAFA had fought back from two goals down to hold  Great Olympics at the Sogakope Red Bull Arena until Mudasiru climbed off the bench to clinch the winner.

"Happy with the perseverance shown by the team . We keep going! Thanks to the traveling fans," Awako wrote on Social Media after the game.

Their place at the top could last for only 24 hours should Medeama beat Liberty Professionals on Sunday.

The victory was their first in three games and the second since the start of the second round.