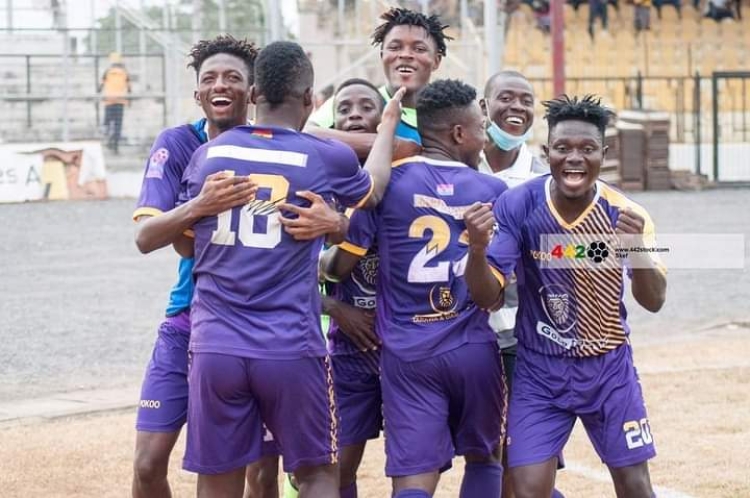 Medeama SC staged a comeback to win their match week 30 fixture against Great Olympics at the Accra Sports Stadium on Saturday.

The game ended 2-1 in favor of the Tarkwa-based side.

Vincent Atingah and Kwadwo Asamoah scored the goals in both halves to secure the win for the Muave and Yellows.

Great Olympics had taken an early lead through Maxwell Abbey Quaye in the 19th minute.

Medeama have moved up to the second position after the win and are just six points behind league leaders Asante Kotoko.

The defeat sees Great Olympics drop to the seventh position with 43 points.