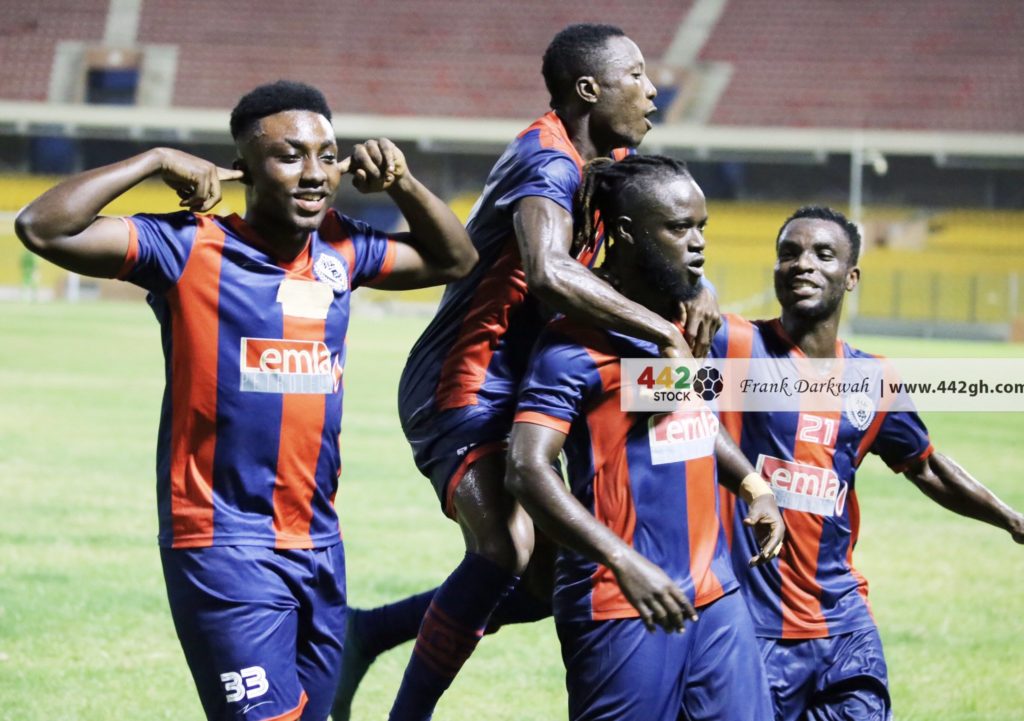 Legon Cities newboy Hans Kwoffie wasted no time in settling in the team after scoring at either side of halftime to hand the Royals a deserved victory against Elmina Sharks at the Accra Sports Stadium on Wednesday night.

Kwoffie who was making only his second appearance for the club opened the scoring in the 22nd minute after a spell of dominance by the hosts.

Moments before the opener, Legon Cities had been forced into a first half substitution after Richmond Antwi replaced injured Foster Braimah.

The Royals started the game on a bright note forcing Elmina Sharks into making early mistakes and could have even grabbed the opener just three minutes into the game.

Baba Mahama found his way into the box and was brought down with the ball falling to Kwoffie whose effort went wide.

The Accra based side went into the break with a deserving lead.

The momentum grew after the break, as Legon Cities doubled their lead just five minutes into the second half. Again from the boots of Hans Kwoffie.

Legon Cities nearly had a third on the hour mark but Richmond Antwi failed to connect.

Elmina Sharks looked disorganized and out of sorts as the hosts continue to dominate the half.

The hosts held on to win 2-0 to end a run of three successive draws.