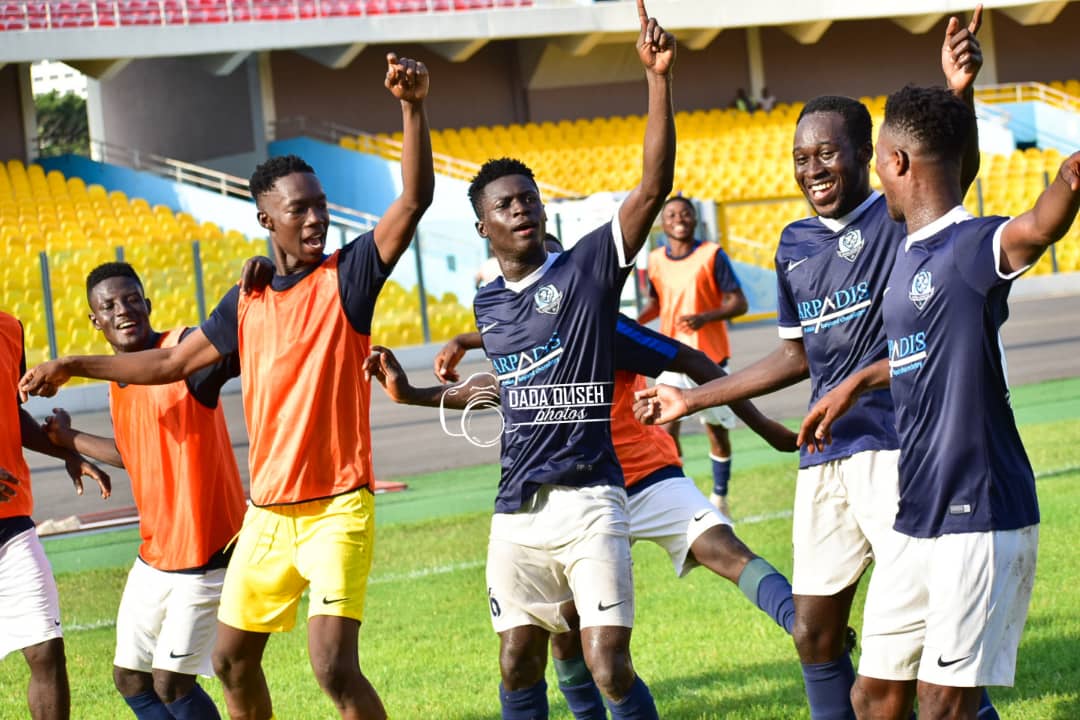 Accra Lions produced an impressive second-half display to come from behind to win 2-1 against Tema Youth in their tough Division One League match last week.

The East Legon-based side rallied from a goal down to seal the victory and revive their hopes of winning the tough Zone Three in the second-tier league.

In the entertaining match played at the Accra Sports Stadium, it took a penalty kick for the visitors to break the deadlock some few minutes before the break.

Gordon Akaminko converted the penalty in the 44th minute after Joseph Amoah accidentally handled in the box.

Lions rallied after the break and took the game to their experienced opponents which led to the side creating many opportunities.

It came as no surprise in the 65th minute when midfielder Oliver Amedor lifted the ball beyond the goalkeeper for the equaliser.

Watch highlights of the match below: