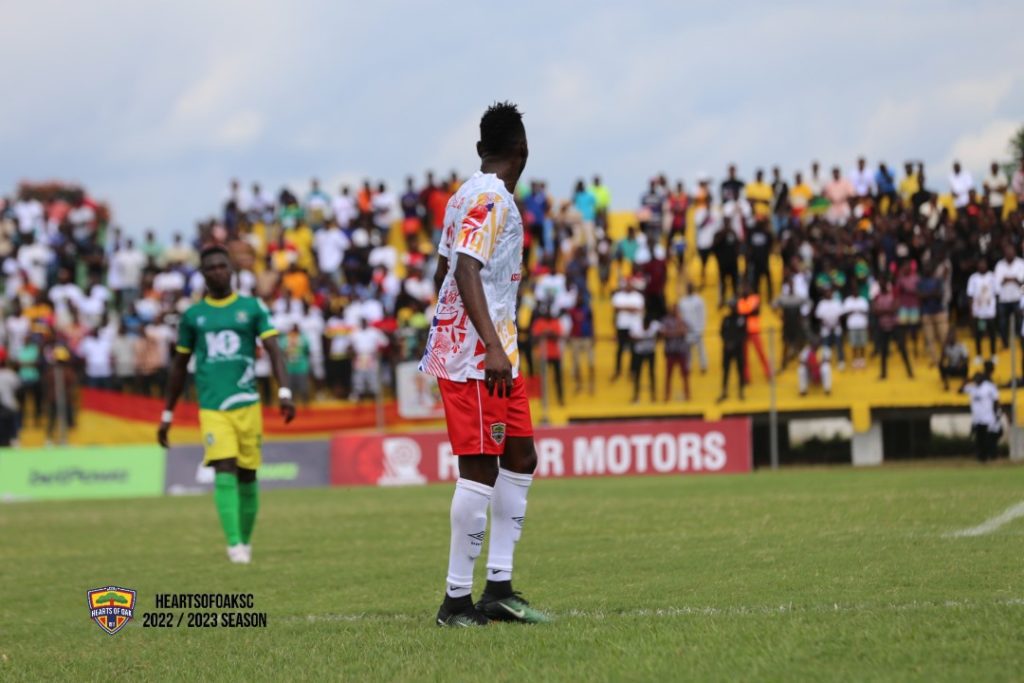 Title contenders Hearts of Oak made a poor start to the new Ghana Premier League season as they suffered a 1-0 defeat against Aduana Stars in Dormaa.

Bright Adjei's second half close range strike was enough for the Ogya club to extend their unbeaten run against Hearts of Oak at home to seven games.

The first half was almost evenly balanced, with both teams having an equal share of possession and very few scoring opportunities going either way.

Aduana took the lead four minutes after the restart, with captain Bright Adjei scoring his first goal of the season.

After the Hearts defence failed to deal with a loose ball, Adjei connected on a shot across the face of goal from Sam Adams to score the opener.

Hearts tried everything to get back into the game, but none of their efforts were successful.