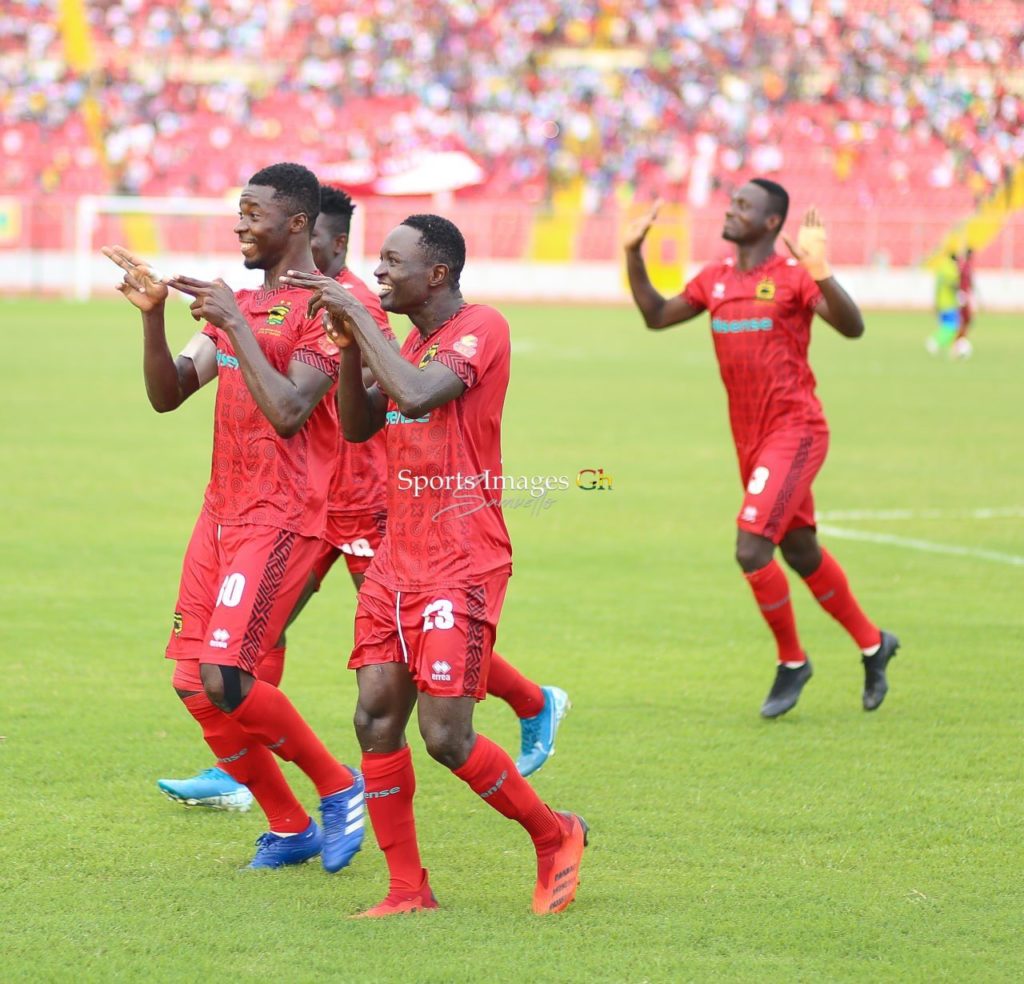 Asante Kotoko continued their perfect start to the season by defeating Bechem United by 2-0 at the Baba Yara Stadium.

The first half ended goalless with both sides failing to score.

However, in the second half Asante Kotoko was awarded a penalty after Isaac Oppong was brought down in the box.

Captain Abdul Ismail Ganiyu stepped up and scored from the spot to hand Kotoko their first goal on their return to the Baba Yara Stadium.

With a minute to end proceedings in the second half, Samuel Boateng headed home the second goal as the Hunters were caught ball watching.

Kotoko have now won two out of two games in the 2021/22 Ghana Premier League campaign.

Watch highlights of the match below.