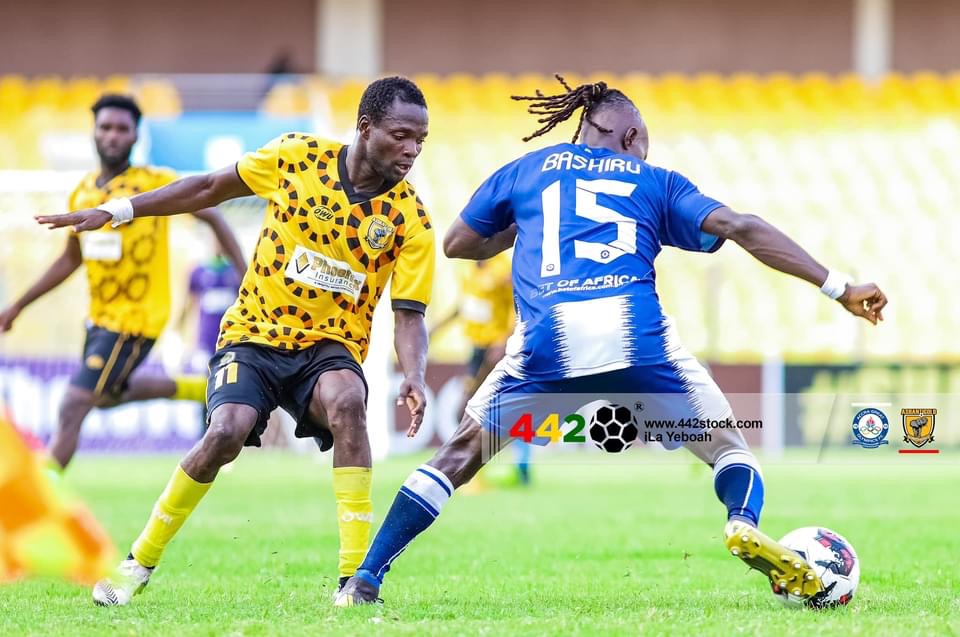 Ashantigold SC secured another vital away win in the Ghana Premier League week 26 fixture played at the Accra Sports Stadium on Saturday.

The first half ended goalless despite  both sides creating a lot of chances.

Abdul Razak Yusif and George Asamoah came close for Great Olympics and Stephen Banahene also had the chance to score for the miners in the first half.

Yaw Annor scored the only goal of the game in the 68th minute to give Ashantigold the win in the second half with a sweet strike.

Ashantigold are currently undefeated in three consecutive games with two wins and a draw in the ongoing season.