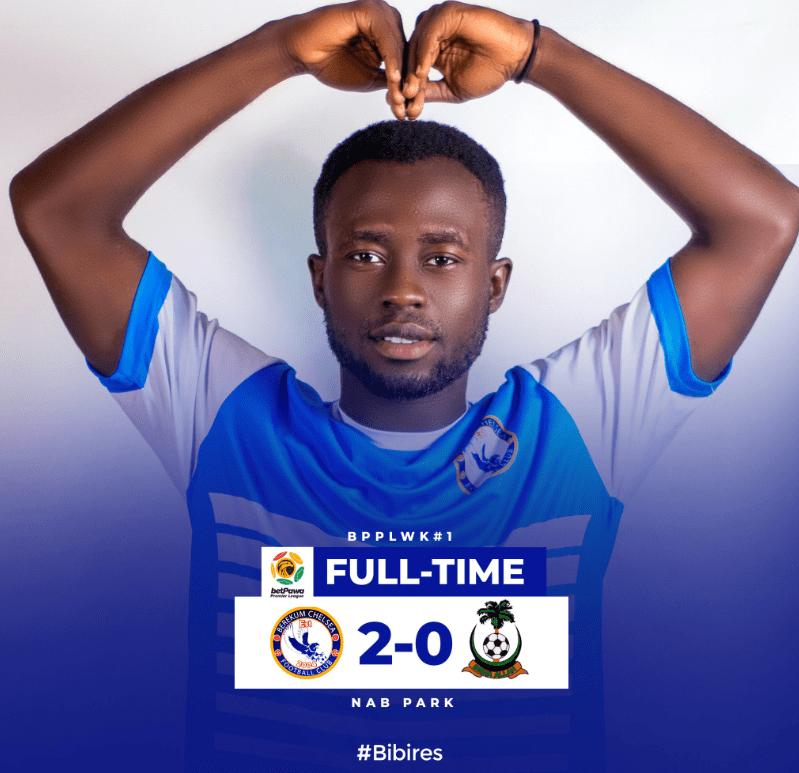 Berekum Chelsea began their season with a 2-0 victory over King Faisal at the Agyeman Badu Stadium on Sunday.

Mezack Afriyie scored his first goal of the season for the Blues after only 10 minutes.

Despite their dominance, Berekum Chelsea's second goal arrived in the 57th minute courtesy of Awuah Dramani who made sure of the three points.

King Faisal were overpoweed and they will look to respond in their next game.