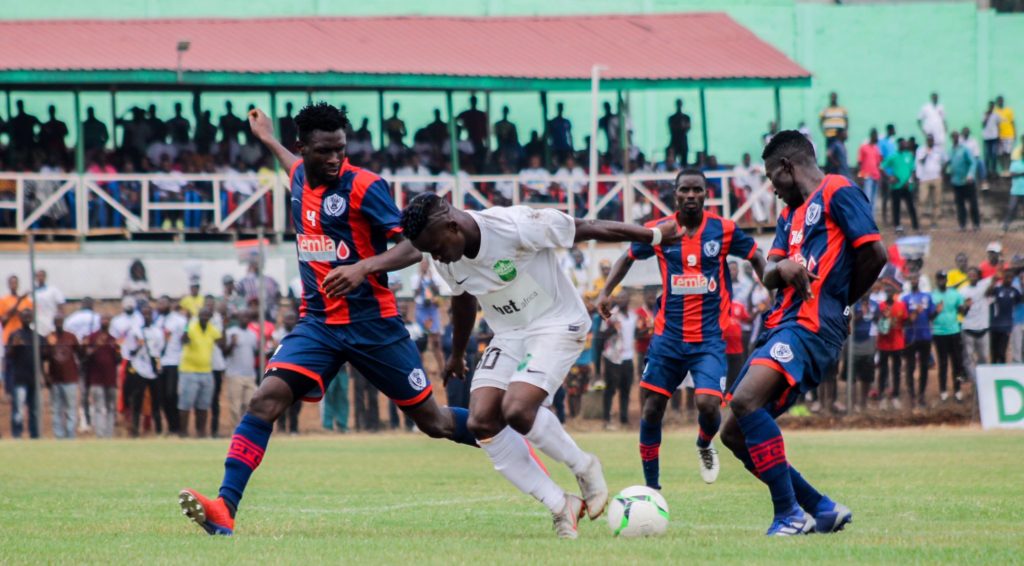 Legon Cities FC produced another quality performance on the road to deny Dreams FC a third straight Ghana Premier League win as both sides shared the spoils in a 0-0 draw on Sunday.

Dreams made a bright start right from the blast of the whistle when Emmanuel Ocran put Philemon Baffour through but the latter's feeble connection was goal-bound and it came off  the upright.

The visitors had goalkeeper Fatau Dauda to thank for not conceded when he pulled off an excellent save.

Cities were never pushovers and striker Sadick Sulley smashed in a thunderbolt of a strike from his favourite left foot but the ball was tipped over the frame by Peter Sarkodie, the Dreams FC goalkeeper.

Twenty minutes into the second half, Sulley dribbled past two players on the line, cut in and shot at goal but the ball was saved by goalkeeper Sarkodie.

Seven minutes from time, Legon Cities FC cried robbery after referee waive play to continue for an incident inside their opponent's box.

Right winger Rahman went down inside the Dreams FC penalty box after he was tripped by but the referee was not interested.