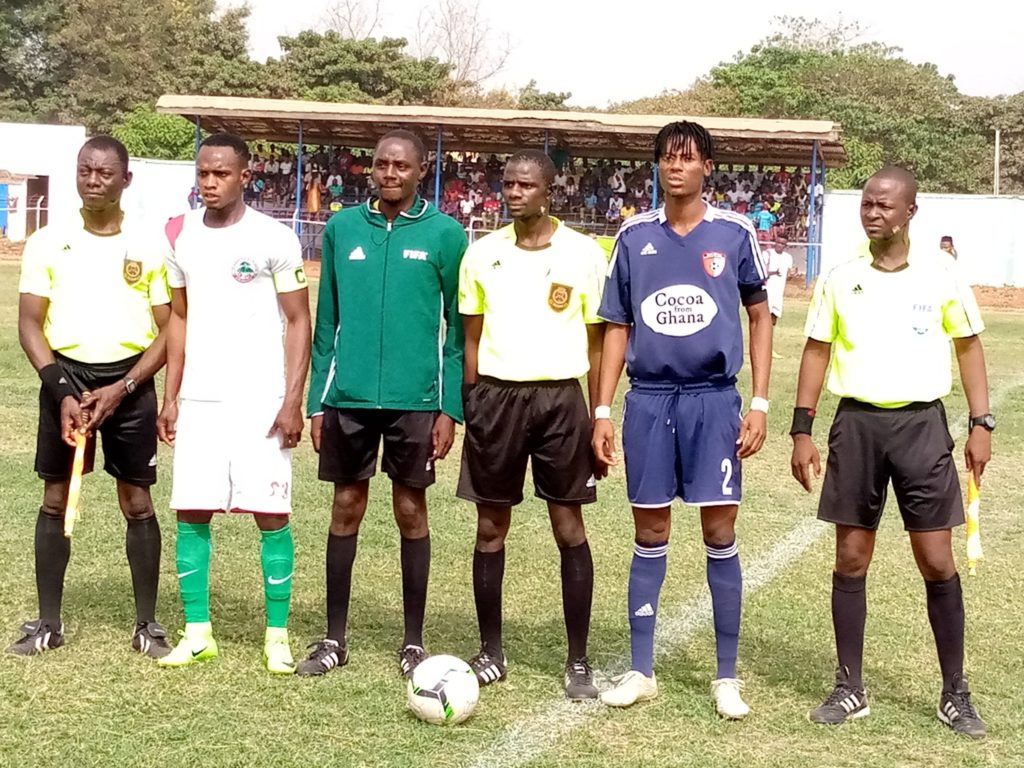 echiman Eleven Wonders shared the spoils with WAFA SC in Week 11 of the ongoing Ghana Premier League at the Ohene Ameyaw Park on Wednesday.

WAFA coach Dr. Prosper Narteh made one change to his starting line-up as Lawrence Agyekum was withdrawn from squad due to illness and Kelvin Boakye Yiadom handed a starting berth.

Eleven Wonders started the match on the front foot as they mounted pressure on the Sogakofe lads but couldn’t find the opener.

WAFA had their moments midway through the first 45 minutes but failed to trouble the home side as referee Mohammed Misbaw blew his whistle for end the game.

Eleven Wonders came back from recess with the same determination as the first half and deservedly broke the deadlock in the 53rd minute courtesy as superb goal by Sule Musa.

WAFA picked themselves up after going down and pushed for the equalizer but were wasteful in front of goal.

On the 70th minute mark, the Academy Boys silenced Wonders fans at the Ohene Ameyaw Park when Eric Asamany powered home the leveler with a powerful drive.

Both teams failed to add to the tally as the match ended 1-1.

It’s an incredible result for WAFA who are now unbeaten in six consecutive away matches. It happens to first time ever in club’s history.

Eleven Wonders are sitting 12th position with 14 points with WAFA moving to 7th with 16 points after 11 round of matches.