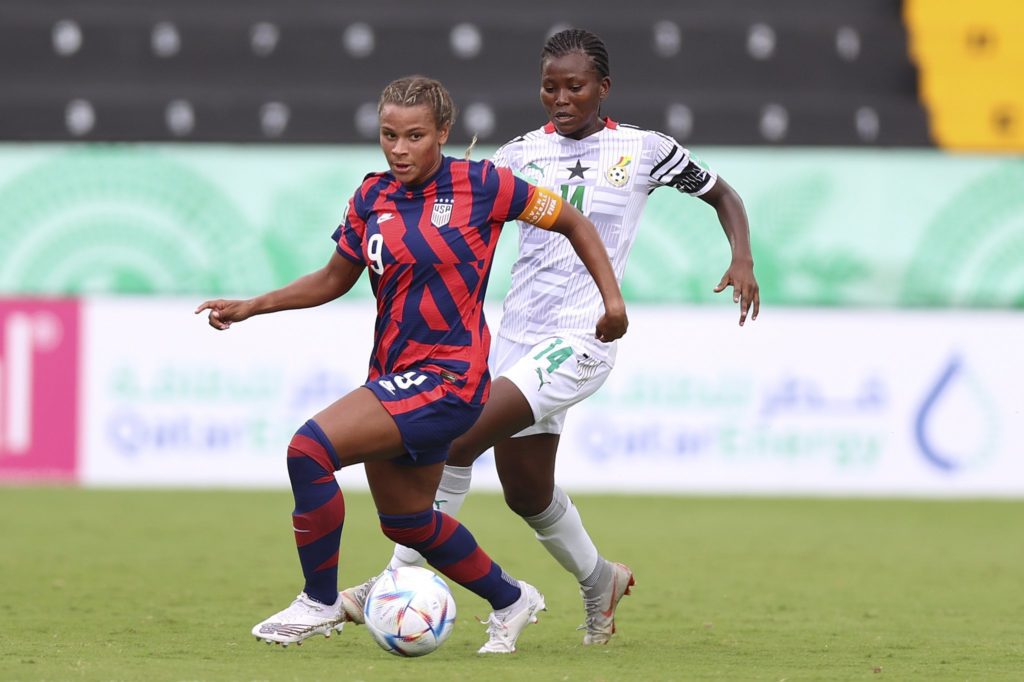 Ghana's Black Princesses were thrashed 3-0 by the United States in their first game at the U-20 Women's World Cup in Costa Rica.

Black Princesses played the majority of the game with 10 players as midfielder Jacqueline Owusu was sent off in the 31st minute.

Ghana are now bottom of Group D and risk not qualifying for the knockout stage for the first time.

USA dominated Ghana for the majority of the game, with significantly better pass accuracy and possession than the latter, and thus ran away with a 3-0 victory.

The Americansgot off to a fast start in their first match, as Michelle Ivory Cooper scored in the 11th minute to give the team an early lead.

The two sides then fought hard and tested each other's defences, and it appeared that the first half would end with an unchanged scoreboard until Alyssa Paola Thompson sneaked through the Ghana defence to increase the USA's lead to 2-0.

USA had a similar start to the second half, as Alysson Marie Sentnor netted the team's third goal in just six minutes.

Ghana then attempted to cut the USA's commanding lead, but were unable to do so because the USA defence did well to prevent them from scoring.

Ghana's next game is on Sunday against Japan.