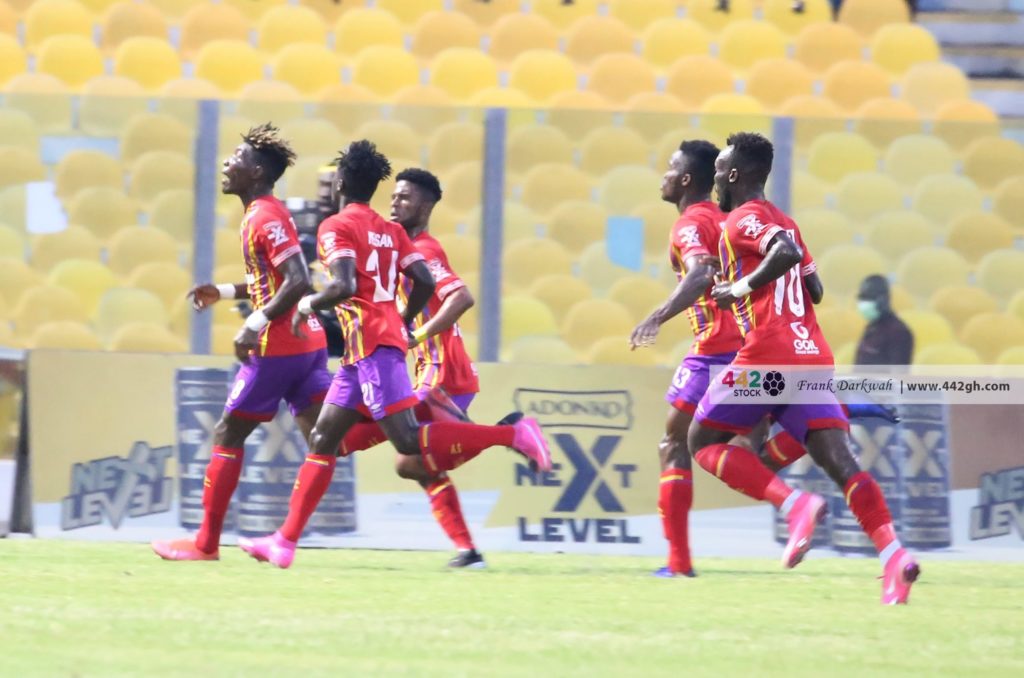 Hearts of Oak recorded their 5th consecutive victory this season following their 2-0 win over Berekum Chelsea in matchday 27 of the Ghana Premier League.

Daniel Afriyie Barnie nearly gave Hearts the lead after he rounded Berekum Chelsea's goalkeeper Ernest Sowah who manged to parry the ball away for a corner kick.

Ibrahim Salifu then swinged in a cross which was headed home by Benjamin Afutu to put the Phobians ahead.

Hearts later doubled their lead through Obeng Jnr who scored a beautiful strike. His goal was assisted by Daniel Afriyie Barnie.

The win elevates Hearts to the summit of the league table with 2 points above Asante Kotoko.

Watch highlights of the game below