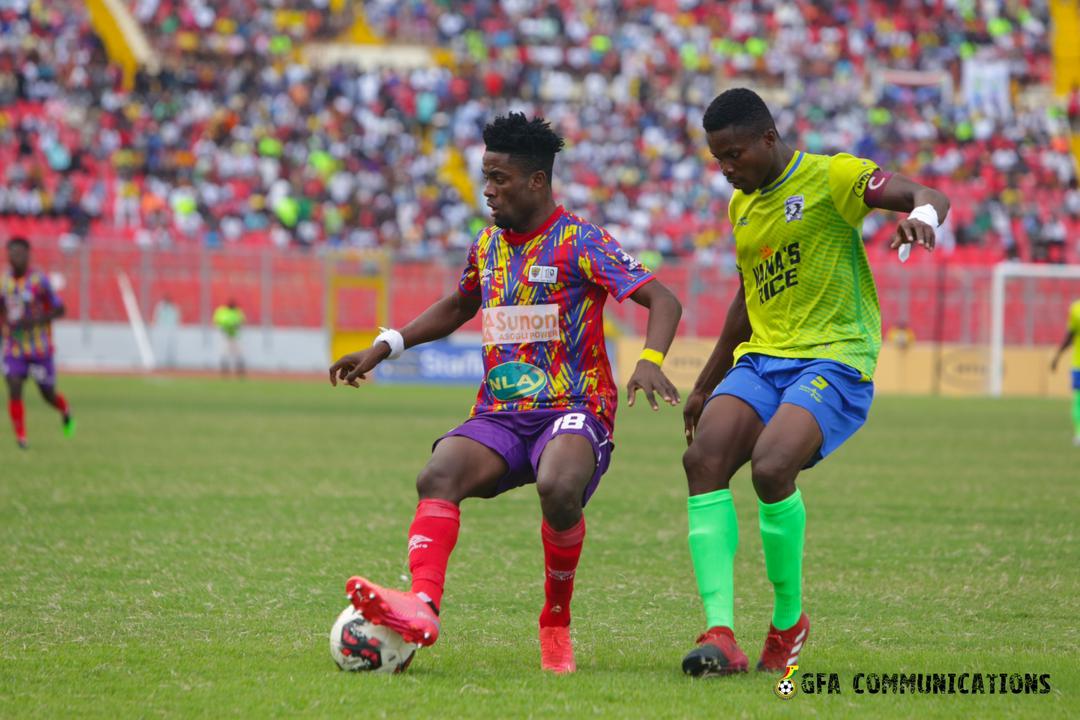 Emmanuel Avornyo struck the first goal for Bechem United from a rebound after Augustine Okrah hit a powerful long shot.

After recess, the Phobians increased their intensity in the game and Daniel Afriyie Barnie scored in the 60th minute to put the Phobians in the lead with a world class finish.

Augustine Okrah was later sent off in the 68th minute after assaulting the assistant line one.

Hearts of Oak held on to the lead to win their 12th MTN FA Cup title.