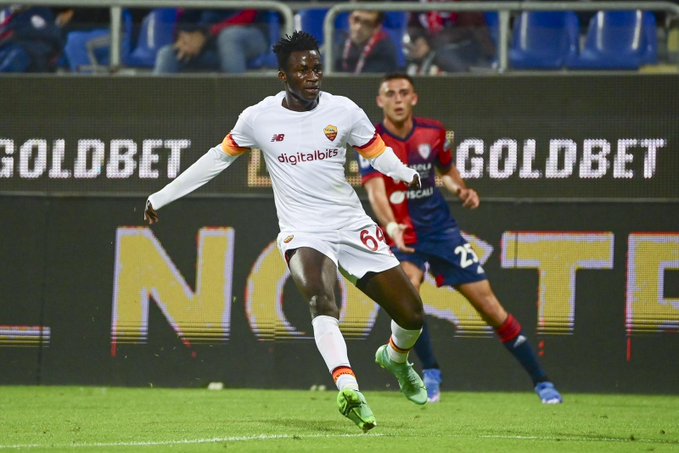 Ghanaian youngster Felix Afena-Gyan made his professional debut for AS Roma on Wednesday against Cagliari in the Serie A.

The 18-year old helped Jose Mourinho's team to come from behind to secure a 2-1 away win over Cagliari.

Felix thanked the former Manchester United, Chelsea coach for giving him the chance to make his debut saying he did not want to prove him wrong.

The youngster was spotted by a football agent, Olive Arthur of Arthur Legacy, while playing in the Brong Ahafo Inter-Schools earlier this year.

He was then recommended to clubs in Italy and was eventually signed by AS Roma.