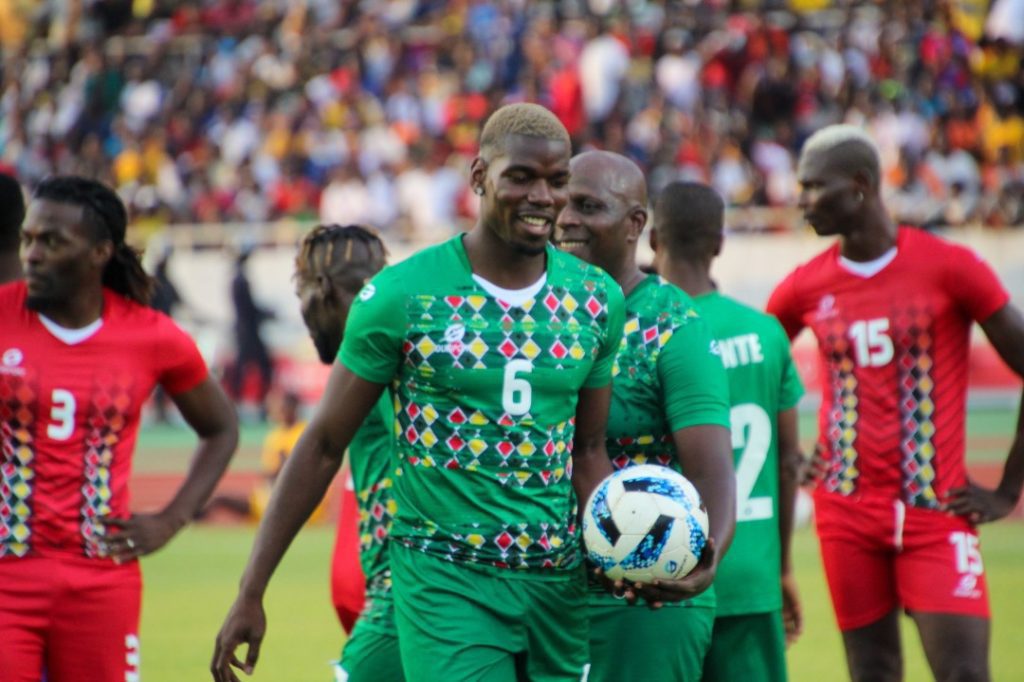 Over 40,000 fans thronged the stadium in their numbers to watch the Manchester United midfielder in action.

Pogba came on as a substitute in the match and hilariously missed a penalty.

Guinea military President Mamady Doumbouya was also at the stadium to watch the match.