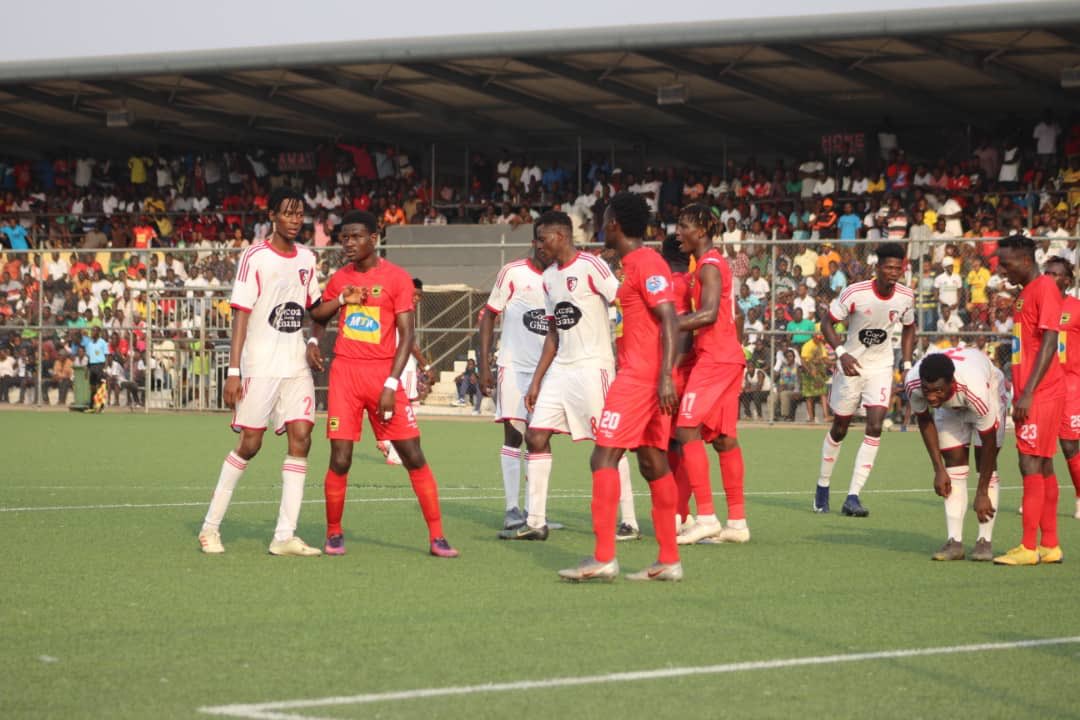 WAFA SC seem to be losing their home spark after playing out a 0-0 draw with Asante Kotoko in Sogakope in the Ghana Premier League on Wednesday.

It was a pedestrian display from the two sides who failed to convince and maybe the shared points is a fair result.

WAFA SC made the first move early on when Augustine Boakye was teed up by a long ball from captain Abukari Ibrahim but his right foot connection was off target.

The winger should have squared it for Eric Asamany but he decided to go for glory.

Before that, Kotoko had gone on a break from a cleared corner-kick, but Emmanuel Gyamfi, who made his way into the box, connected with outside of his boot from the left and that feeble touch went straight to goalkeeper Prince Ato Bilson.

It was WAFA SC who made the first attempt through Forson Amankwah but his strike from outside the box was innocuous to beat goalkeeper Kwame Baah.

Before the break, WAFA SC won a free-kick after Amankwah was fouled but the delivery from Youssoufou Atte was poor.

The best chance in the second 45 minutes fell to Kotoko when William Opoku Mensah struck from within distance but goalkeeper Bilson palmed it away.

Also, another substitute Martin Antwi- formerly captain of WAFA SC- was set up from outside the box but he dragged it wide.