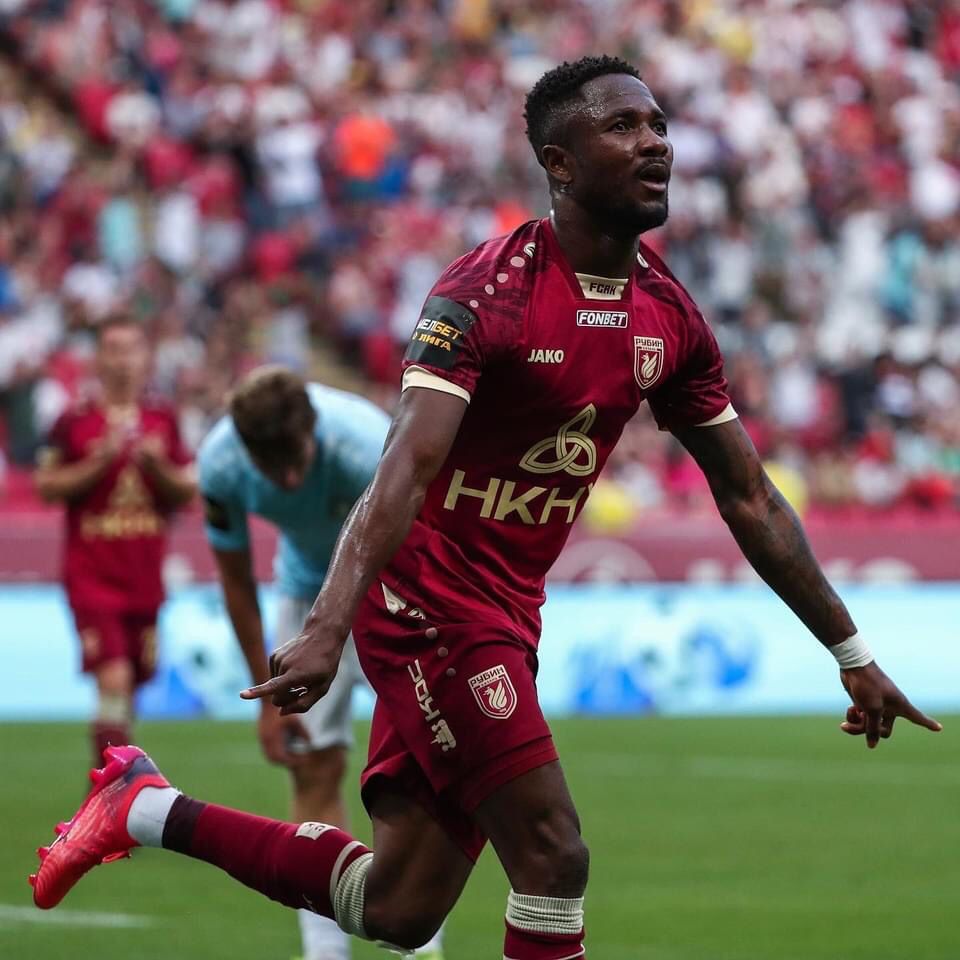 Ghana forward Joel Fameyeh scored a brace for FC Rubin Kazan in their 2-0 win against Rodina Moscow on Sunday in first round of the Russian FNL.

Fameyeh got his first goal of the season for Kazan in the 44th minute through the penalty spot.

The former Asokwa Deportivo striker scored the second goal of the game in the 52nd minute to seal the win for Kazan.

Joel Fameyeh over the past two seasons has demonstrated that he is one of the most profilic forwards in Russian football.

He scored 12 goals in 15 goals in his last two campaigns in the Russian first division.