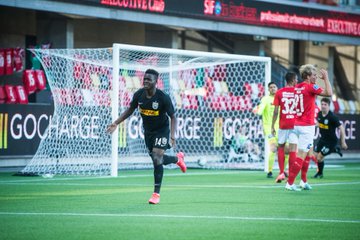 Ghanaian teenager Kamal-Deen Sulemana scored his first goal for Nordsjaelland in their 2-0 win at Silkeborg on a day football returned in Denmark after a two-month break.

The 18-year-old was at hand to scored in the in the 39th to doubled the lead of the visitors at the JYSK Park.

Nordsjalland had taken the lead in the 20th minute through Magnus Andersen.

He was making his fourth league appearance for the club.

18-year-old Kamal-Deen Sulemana is the next talent from the @FCNordsjaelland conveyor belt.

His debut goal had class all over it: technique, equanimity, and precision.