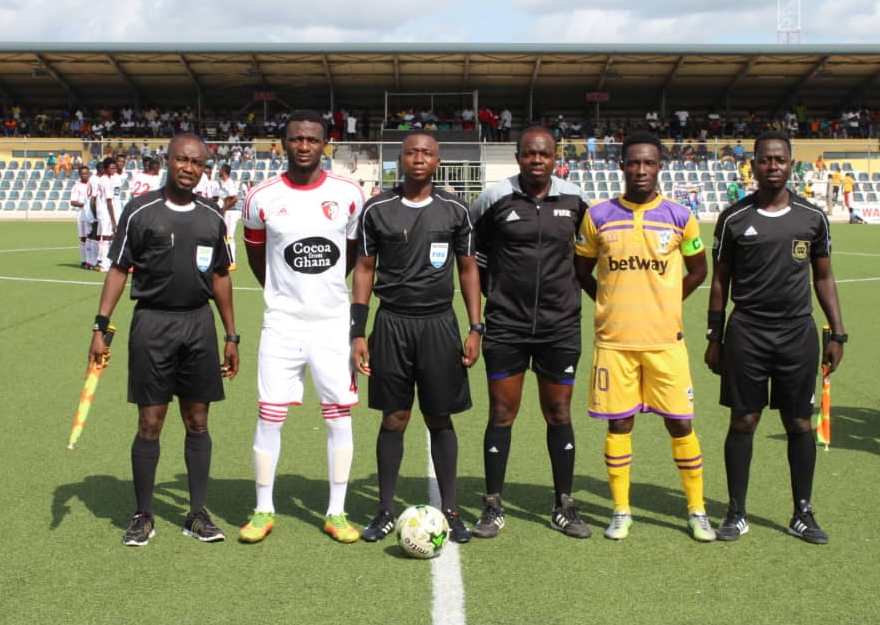 But it was the Academy Boys who scored first through Charles Boateng-making his first start since recovering from an operation-in the 24th minute.

Left back Francis Boateng sent in a cross which was flicked on by Aminu Mohammed to the far which where Boateng, unmarked, connected home from close range.

Against the run of play, Medeama were level before the half time whistle.

In the 57th minute, Donsu scored a worldie when his powerful volley from the right-close to the corner flag-zoomed into the net at the far side like a missile.

Watch the highlights below for Kwesi Donsu's super strike: