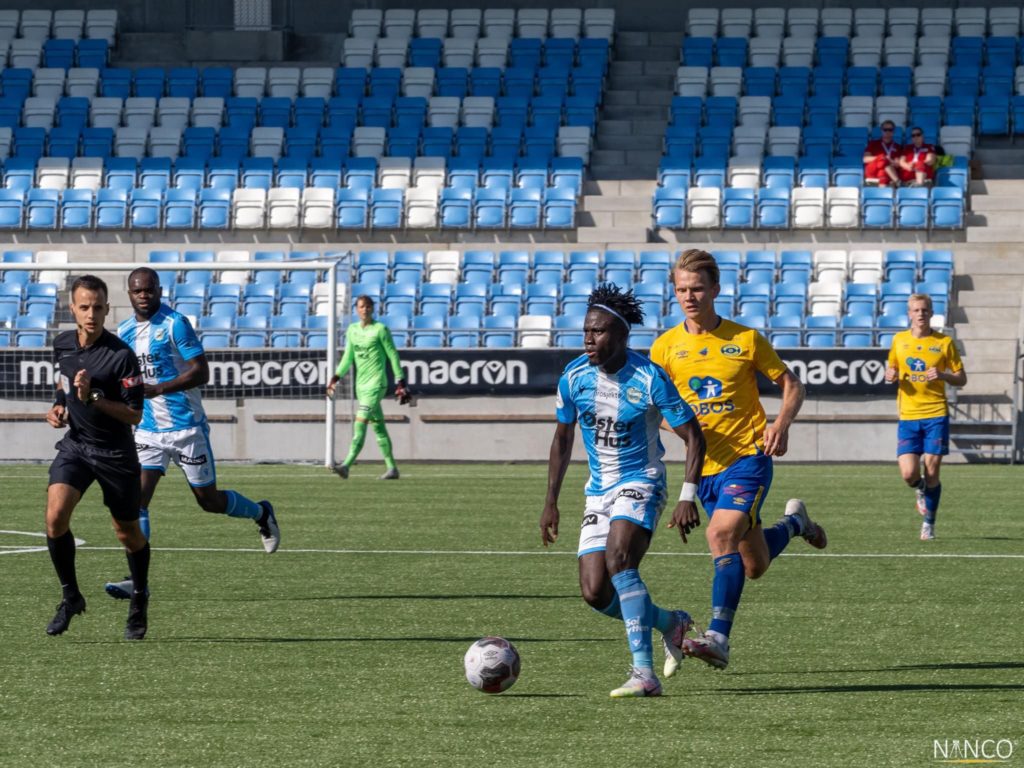 Ghanaian midfielder Michael Baidoo continues to shine in Norway after bagging a brace for Sandnes Ulf in the Norwegian first division on Saturday against Grorud.

The former Ghana U-20 player netted twice in the space of 11 second half minutes but Ulf suffered a late collapse to lose 3-2 at the OsterHus Arena.

Baidoo's first of the game came in the 64th minute after beautifully curling from 30 yards to break the deadlock.

Michael Baidoo is having another fine campaign in Norway, after joining the club in the summer transfer window from Jerv, where he was player of the season.

He has now scored four goals in 16 matches in the Norwegian first division.

Sandnes Ulf will face Raufoss after the international break.