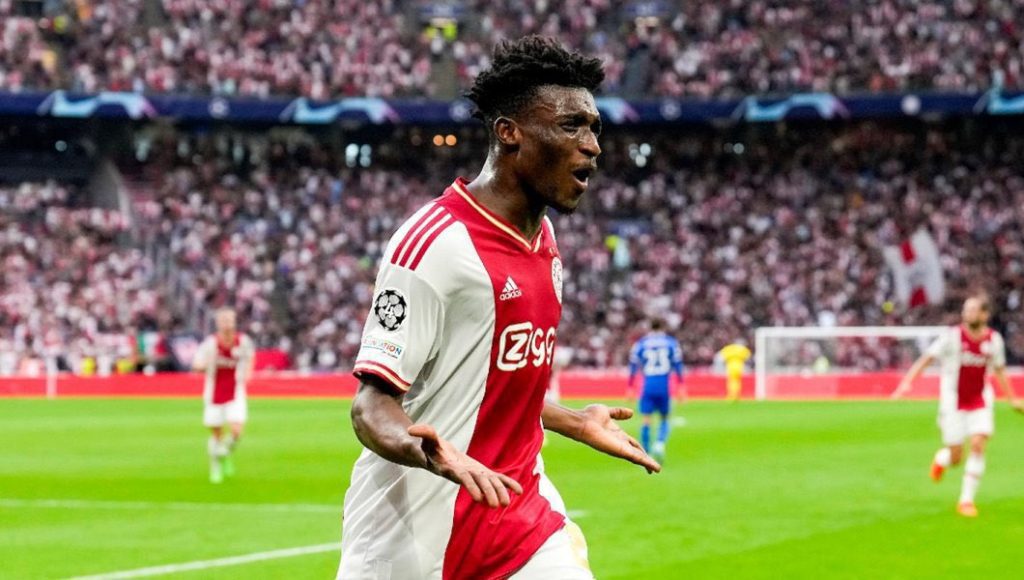 Ghana star Mohammed Kudus has scored his first Champions League goal, and it is an absolute beauty.

The midfielder scored a stunning goal to help Ajax beat Rangers 4-0 in the Champions League on Tuesday.

The goal is the Ghana international's first in the European competition, and he will remember it fondly.

The 22-year-old received the ball on the left, shrugged off a couple of challenges, and unleashed a stunning drive into the net.

Kudus, who has been benched in all league games this season, attempted to leave Ajax during the summer transfer window.

He reached a personal agreement with Premier League club Everton, but Ajax blocked the transfer, claiming Kudus is still part of their plans despite being relegated to the bench.

Manager Alfred Schreuder gave Kudus his first start against the Scottish side, and the Ghanaian took full advantage, scoring for the second game in a row.

Kudus scored after coming on as a substitute in Ajax's 4-0 thrashing of Cambuur last weekend.