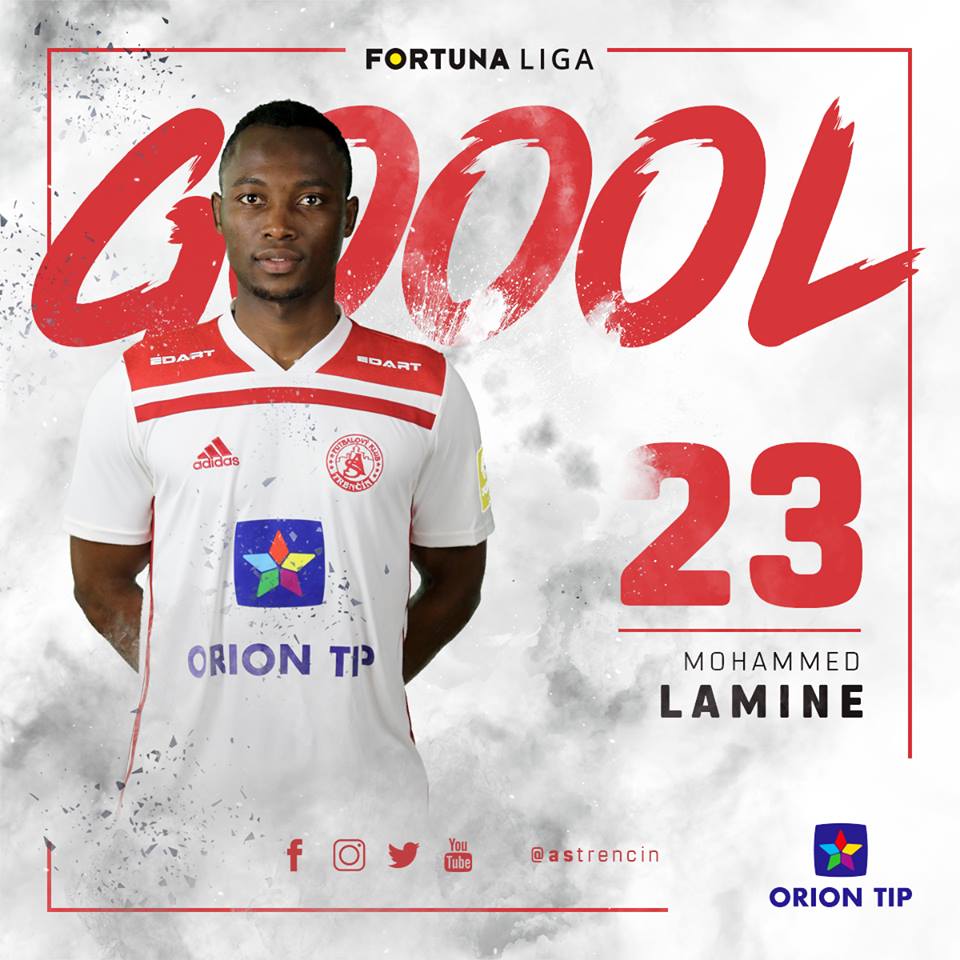 Ghana youth midfielder Mohammed Lamine scored a spectacular goal in the Slovakian Fortuna Liga on Saturday as his side Trencin drew 1-1 with Podbrezová.

It happens to be his first ever goal for the club he joined in November after a successful trial.

The former Accra Lions player gave the home side the lead in the 36th minute after unleashing a pile-driver from about 22 yards with his left foot.

When all thought Trencin were going to bag the three points, the visitors struck at the death with Jakub Kiwior snatching an 86th minute equalizer.

Lamine, 19, was playing his second league match for Trencin who lie 9th on the 12-team table.

Watch Mohammed Lamine superb goal for AS Trencin in Slovakia:

It was his first goal for the club.