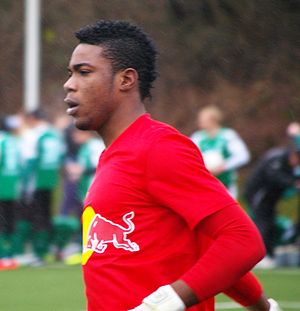 New Sochaux signing Lawrence Ati-Zigi is one of the best penalty-saving goalkeepers in the world.

The Ghana international, who has signed a three-year deal with the French Ligue II side, has published a video of some of his exploits during his stay in Austria.

Ati-Zigi graduated from the defunct Sogakope Red Bull Academy in Ghana and got sold to giants Red Bull Salzburg.

He could not break into the senior team but was for a very long time the first choice for the club's second team FC Liefering who play in the Austrian second-tier.