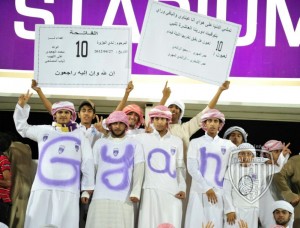 Asamoah Gyan has taken his tally to four goal in matches in the UAE after his heroics over the weekend.

His early brace helped Al-Ain secure their first win of the new UAE League season with a 4-1 away triumph over Ajman in their second game of the season on Friday.

Watch video of all the four goals he has scored so far.

Watch video of the two goals Gyan scored over the weekend