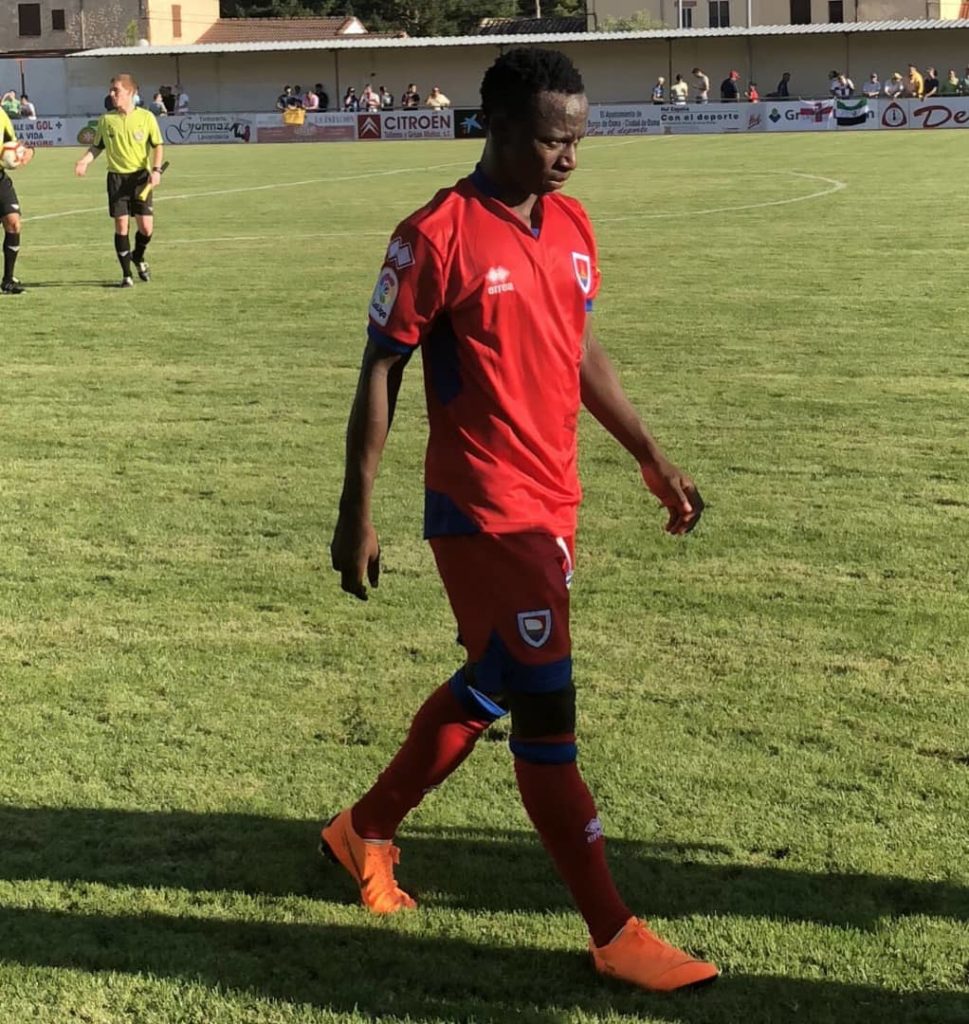 Ghana youth star Yaw Yeboah scored a brace for CD Numancia in their 5-1 thumping of SC Huesca in a pre-season friendly on Saturday.

The 21-year-old registered his first goal on the 23rd minute with a sublime strike. He robbed his opponent off the ball in the final third of the pitch before unleashing a bullet strike beyond the reach of goalkeeper Ander Bardaji.

Yeboah grabbed his second of the afternoon 39th minutes with another swashbuckling goal after wriggling past two Huesca players on the right hand side of their opponents' goal-area before curling the ball into the far left of the post.

He spent last season on loan at Real Oviedo also in the Segunda Division.

Watch the goals below: