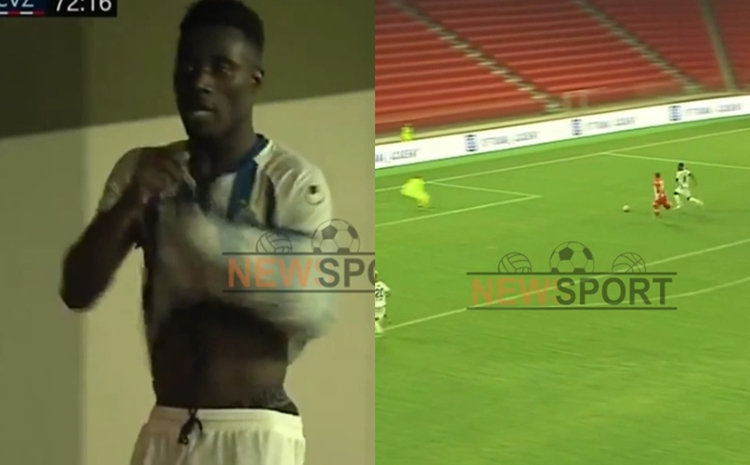 Ghanaian winger, Winful Cobbinah appeared furious after he was substituted in the second half of KF Tirana’s 1-0 Champions League defeat against Red Star Belgrade.

Cobbinah was not happy with the coach Ndubuisi Egbo’s decision to replace him in the 72nd minute with Jurgen Vrapi.

The 28-year-old contemplated taking off his shirt while walking off the filed, which is a red card offence.

However, he removed the shirt immediately he got into the stands, where players are allowed to sit now because of coronavirus protocols.

Prior to the incident, Cobbinah had missed a glorious opportunity to restore parity for Tirana.

Cobbinah, who played an important role in the club winning the Albanian top-flight last season could be sanctioned by the coach.

The club returns to action next Monday when they face Teuta in Albanian Super Cup.