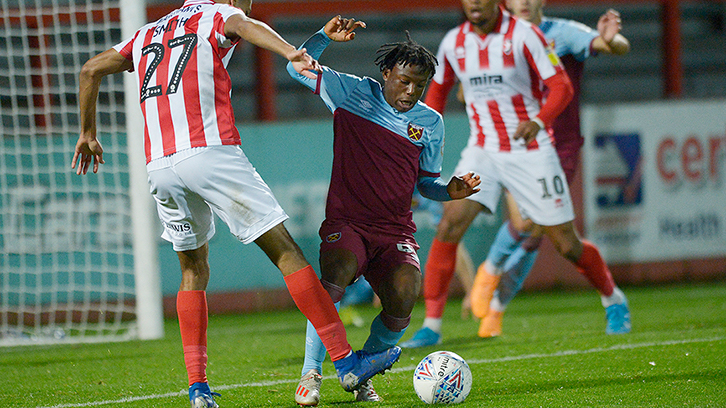 It was the 19-year-old's first match for the Hammers and fortunately, it ended in a 2-1 victory.

His performance on the day was impressive as West Hame secured a 2-1 victory at the Sixfields Stadium.

Appiah-Forson likened to Chelsea great Ngolo Kante is yet to sign a professional career.

His career is barely three years old as he started in 2018 at West Ham.

He showed great promise and was quickly promoted to the U-18 team the same year before joining the U-23 team last year.

Last season in the Premier League 2, he made a total of 19 appearances and scored three goals.

There are reports he would be getting first-team opportunities in the coming season, having joined them for pre-season.

Watch excerpts of his performance below.