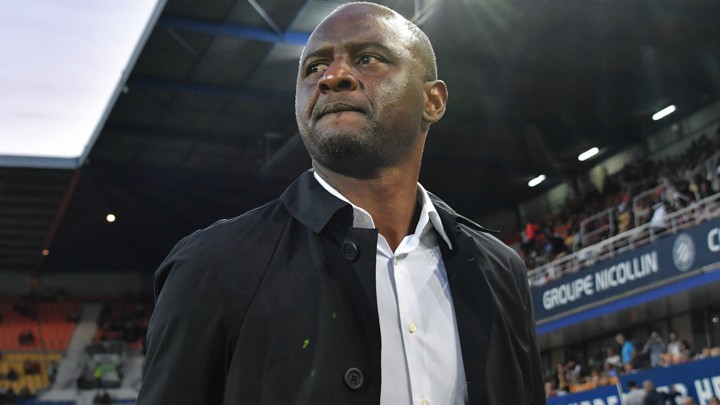 Patrick Vieira insists there was never any chance of him replacing Unai Emery at Arsenal as he and Nice are "100 per cent" committed to one another.

Former Arsenal captain Vieira has been linked with the Gunners job since Arsene Wenger's departure in 2018, but Mikel Arteta instead took over after Emery was sacked in November.

The Frenchman says there were no talks with Arsenal on this occasion, although the Nice coach is adamant he would have turned down any offer regardless.

"No, but there is no place in my mind to have those kind of conversations," Vieira told the Daily Mail. "My focus is here [at Nice]. This project suits who I am and what I want to achieve.

"This rumour about the Arsenal job is not something that bothered me. I don't know what the future holds but that is why I don't want to put my brain somewhere that doesn't exist.

However, Vieira said he discussed the possibility of taking over from Wenger before he became Nice coach.

"It was just a conversation about my situation, where I am, what is the next step," he said. "Nothing came of it."

As a member of France's first World Cup-winning team in 1998, Vieira is a hero in his home nation.

But he admits that reputation has a double edge, with fans expecting instant success on the bench.

"It is a lot of pressure and expectation," he added.

"My legacy and the confidence of the fans, the players, the people around the football club will come with what I deliver on the pitch — and I want people to talk about me as a coach, not as a player.

"The player was what I did and what I achieved. I am really proud of that, it is fantastic, but I put it to the side. I use it as an experience to talk to the players or give them advice, but I want people to look at me as a coach."