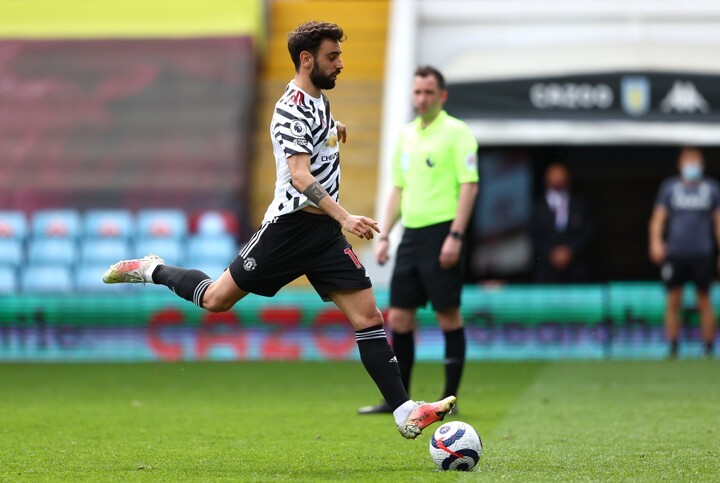 Manchester United once again fought back from a goal down to beat Aston Villa 3-1 at Villa Park, meaning Manchester City must wait to be crowned Premier League champions.

City still need three points themselves, or for United to drop three points, as Ole Gunnar Solskjaer's team made it 31 points from losing positions, the most of any Premier League side.

Villa took the lead midway through the first half as Bertrand Traore turned and produced a fine effort into the top corner (24), though questions will be asked of Victor Lindelof's defending.

But United, playing the first of three games in five days, fought back in the second half through Bruno Fernandes' penalty after Douglas Luiz had clumsily fouled Paul Pogba (52), before Mason Greenwood found the bottom right corner with a fine turn and finish (56).

But for the first time in his 72 league appearances for United, Harry Maguire did not complete 90 minutes, forced off with an ankle injury in what will be a concern for Solskjaer's side ahead of a packed schedule, and for England ahead of Euro 2020.

Substitute Edinson Cavani wrapped up the points with a classy header (87) while Ollie Watkins saw red for two yellows, the second for simulation.

The result means United are now unbeaten in 25 away games, two shy of Arsenal's record from 2003 to 2004, while Villa are 11th, six points off the top seven but with a game in hand.

35' Bruno's long shot over the bar