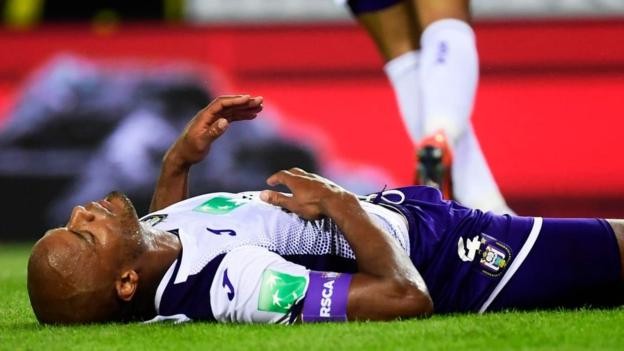 The centre-back could be a doubt to play in his testimonial which takes place at Etihad Stadium in three weeks.

Kompany, who joined Anderlecht as player-manager this summer, was treated on the sidelines before strapping an ice pack to his right leg.

He is due to return to Manchester on 11 September to celebrate 11 successful years at City.

On Thursday, Kompany relinquished his managerial duties on match days in order to concentrate on playing and instead took over the captaincy.

But the Belgian side have picked up just two points out of a possible 15 in their first five games - extending their worst start for 21 years.

Tanzanian striker Mbwana Samatta's 55th-minute goal was enough to give Belgian champions Genk their third victory of the season.