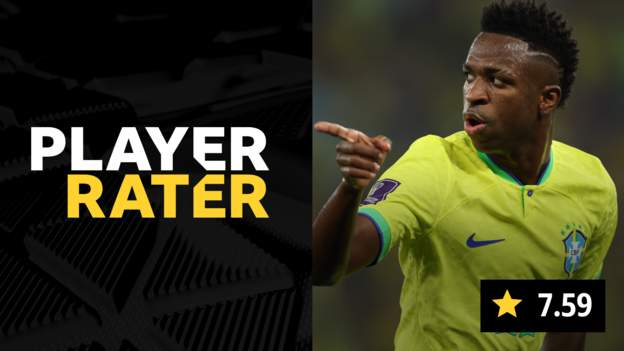 Brazil cruised into the World Cup quarter-finals with a dominant 4-1 victory over South Korea, however it was not the returning Neymar who was the star performer in your eyes.

Vinicius Junior was named player of the match by BBC Sport readers after the forward received an average rating of 7.59.

The next highest-rated player was goalkeeper Alisson with 7.14 who made a string of impressive saves, with striker Richarlison third and fellow forward Neymar fourth.

Tottenham striker Son Heung-min was South Korea's highest-rated player with an average of 6.78.