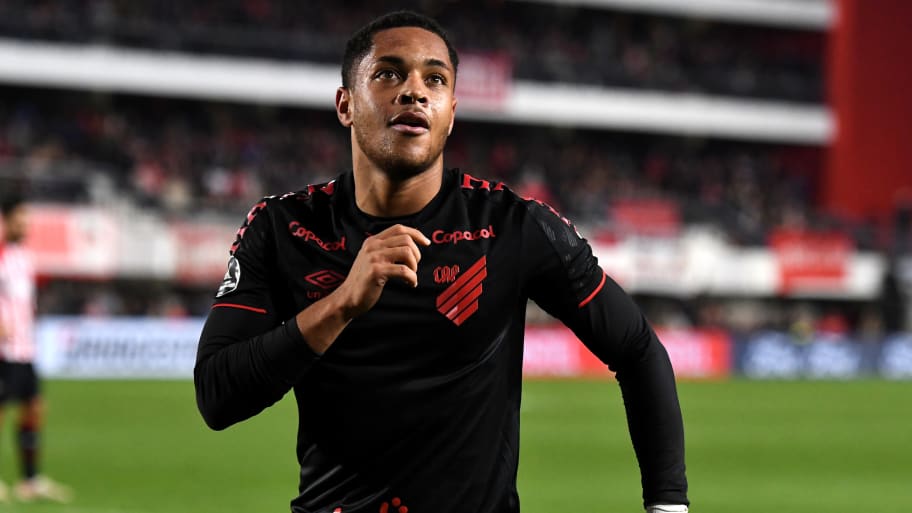 Athletico Paranaense prodigy Vitor Roque, a talent linked with Barcelona, Real Madrid and Juventus, has revealed it is his ‘dream’ to play for a club in Europe.

Only 17 but possessing the physical and mental attributes of a 23-year-old in the eyes of Athletico coach Luiz Felipe Scolari, Roque will play for the Brazilian club in the 2022 Copa Libertadores final against domestic rivals Flamengo on Saturday night.

It is said that Barcelona have had scouting reports on him from ‘several games’ and that he is also endorsed by Deco, former player and an adviser to the club on all things Brazil, as well as the agent who brought Raphinha to Camp Nou during the summer.

MD also highlights that Real and Juve are interested in Roque and that Athletico would seek a transfer fee in the region of €35m to €40m, comparable with the kind of numbers that have previously taken the likes of Vinicius Junior, Rodrygo and Lucas Paqueta to Europe.

The player himself insists he is not bothered about which club he joins, but has clearly stated that he sees a move from South America to Europe as part of his future.

“I am aggressive, I like to score goals, I like to overcome difficult things and looking for challenges so that in time I can play in Europe,” Roque told Mundo Deportivo.

“I have no preferences [about a particular club], I like all the greats in Europe. It is a dream for any boy who plays football in Brazil to be able to make the leap to a big player in Europe.”

This article was originally published on 90min as Vitor Roque 'dreams' of move to Europe amid Barcelona, Real Madrid & Juventus links.