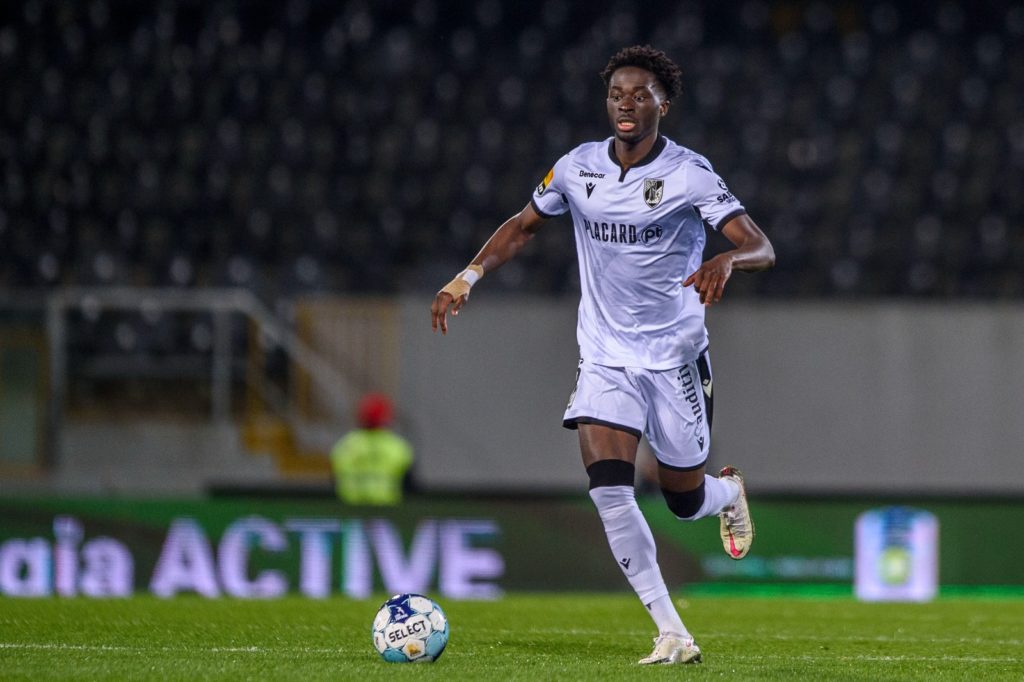 Portugal-based Ghana defender Abdul Mumin Suleman has been invited for the 2023 AFCON qualifiers against Madagascar and Central Africa Republic next month, Vitoria Guimaraes has confirmed.

The center-back will also be available for the Kirin Cup in Japan, where Ghana will play the Asian giants and Chile.

Abdul Mumin has had a good season in Portugal, starring for the Portuguese giants as they faced sixth on the Primeira Liga.

"Vitória SC defender Abdul Mumin has been called up for four Ghana national team matches, which take place in the first two weeks of June," wrote the club on their official website.

"The first match, against Madagascar, takes place on the 1st of June, while the confrontation with the Central African Republic team is scheduled for the 5th of the same month. Both matches are from the qualifying group stage for the 2023 African Cup of Nations.

"Then, Ghana will play two preparation games in Japan, first against the Japanese, on June 10, and then against Chile, on June 14."

The Vitoria Guimaraes star made 26 appearances for the club and was part of the Black Stars team at the Africa Cup of Nations in Cameroon early this year.

He was also a part of the team for the World Cup playoff against Nigeria in March.

The former FC Nordsjaelland player could make his Black Stars debut in June.