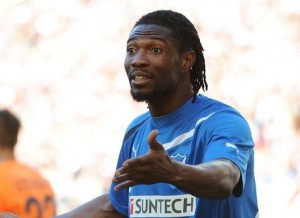 The 27-year was named in the Austrian giants' 27-man for their winter break preparations in Qatar which has sparked hopes of his imminent return.

Despite being included in the squad, Vorsah is behind schedule in his recovery.

The centre-back sustained a serious knee injury in May last year and was expected by doctors to be out of action for six months.

Yet eights months later, Vorsah has not returned to action.

The latest move by the coaches of the Austrian side will give Ghana coach Kwesi Appiah hopes that his towering central defender will return to action to make him ready and fit for the World Cup in June.

He will not be involved in the friendly matches against Zenit St. Petersburg and Sudanese champions Al Al-Merrikh SC.