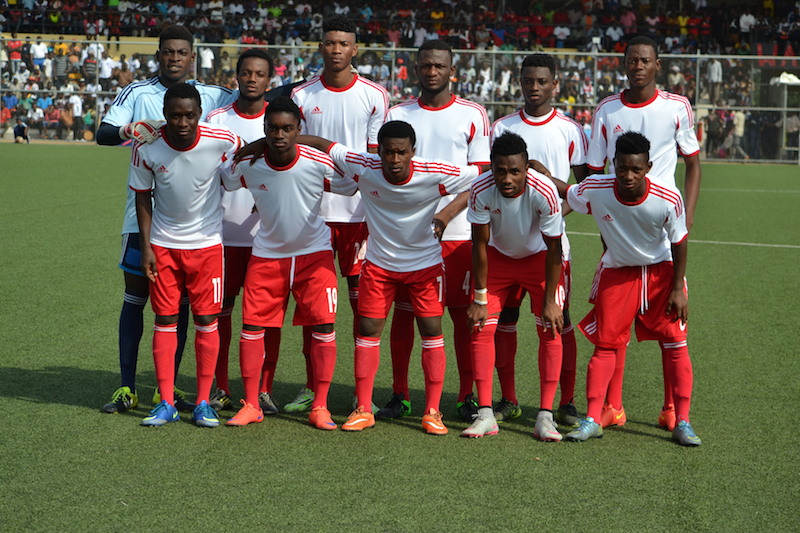 Asante Kotoko's hopes of winning this season's Ghana Premier League suffered a shocking setback when they suffered a 2-0 defeat to less fancied WAFA in Sogakope on Saturday.

The Academy Boys made a flying start to their campaign with the morale boosting victory that saw the Porcupine Warriors fluff several scoring chances.

The Porcupines Warriors were without key midfielder Jackson Owusu who broke his leg last week, Dauda Mohammed and Kwame Boateng who was adjudged best player in G6 tournament.

The absence of the trio appeared to be the bane of Kotoko while WAFA profited from the return to fitness of hugely talented midfielder Majeed Ashiweru as he made the bench.

Kotoko suffered in the first half as they lost goalkeeper Felix Annan and Edwin Tuffour to injury. The former WAFA player collided with Charles Boateng and had to be replaced by Eric Ofori while Atta Kusi took the place of Tuffour.

WAFA produced a performance of skill and discipline but had to wait until five to recess to fetch the first goal. Captain Martin Antwi powerful shot was saved by Ofori Antwi before Charles Boateng headed home the rebound.

Samuel Tetteh sealed victory with a brilliant run from the right before placing an equally brilliant shot low and beyond Ofori Antwi.

Asante Kotoko will come up against Ashanti Gold in their second game of the season whereas WAFA will visit Berekum Chelsea on Match Day 2.