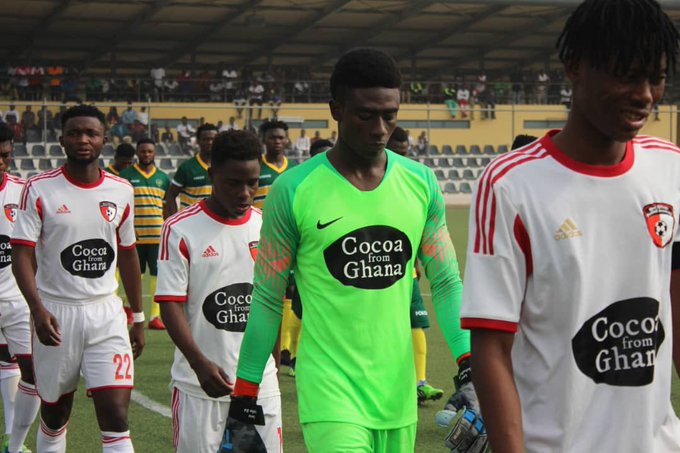 WAFA has been fined an amount of GHc1000 in accordance with Article 16(2) of the Premier League Regulations (2019).

This decision was taken by the Disciplinary Committee after Great Olympics protested against WAFA for using an unregistered strip in their Ghana Premier League Matchday 7 encounter.

According to Great Olympics’ protest, the goalkeeper in post for WAFA played in an unregistered green hose/stockings i.e green instead of gray for the first half and changed to blue black in the second half in contravention with Article 16(1)(a).

Great Olympics claimed that the offense is punishable by forfeiture of the match in accordance with Article 33(1)(i) and Article 33(4)(b) of the Premier League Regulations.

However the Disciplinary Committee made the following findings and decided as follows:

This Committee finds as follows:

emailed the compiled list of Declared Strips of all clubs to all Premier League Clubs. The email asked clubs to inform if they are any discrepancies within a stipulated period.

The Disciplinary Committee states in its findings  that it is wary that the Match Officials failed to perform their duties fully and professionally on the said Matchday to ensure that the Goalkeeper was in the right hose until the correction in the second half of the match.

Also the Disciplinary Committee also found that the gravity of the situation of an erroneous hose in a first half of a match does not meet the high standard of the purposeful approach which should warrant a forfeiture in the modern Ghanaian game to alter the result of a competitive match.