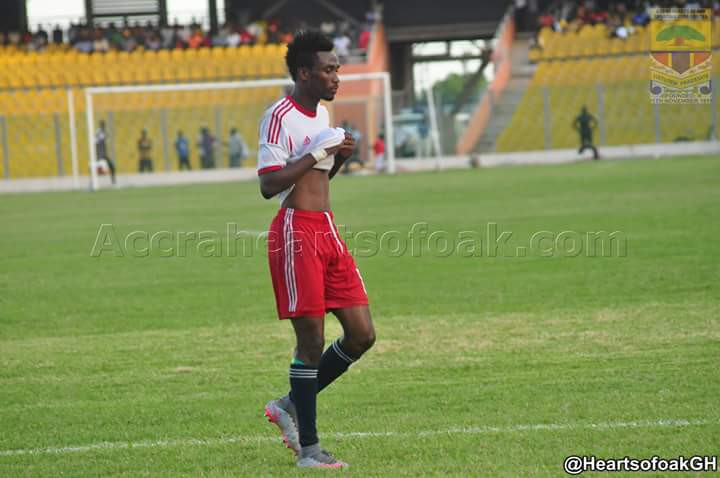 WAFA forward Samuel Tetteh has apologized after he was sent off in his side’s 1-1 draw game against Hearts of Oak.

The 20-year-old was shown his marching orders for a second yellow card offense after a confrontation with a red cross official resulted in the player allegedly hitting the official.

“I want to apologise to my fans for what happened on Wednesday It wasn’t my intention to get a red card,” Tetteh said

“I know they are disappointed but I want to say sorry to be missing the team’s next game against Dwarfs.”

WAFA scored first in the game through Charles Boateng before Cosmos Dauda equalized for Hearts of Oak.