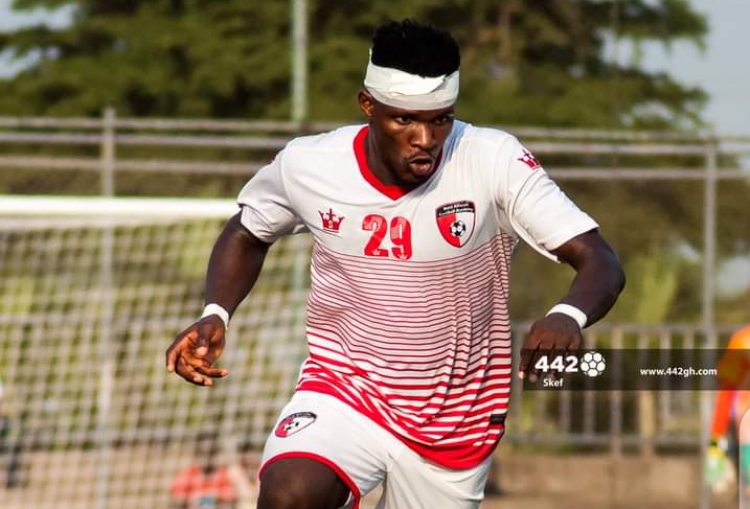 WAFA forward Daniel Lomotey has departed to Tunisia to complete a move to an unnamed club, according to media reports.

Lomotey is arguably the most feared forward in the 2020/21 Ghana Premier League, having notched 8 goals in 9 matches.

The dead-eye hitman demonstrated his sharpness in front of goal once again during WAFA’s Matchday 9 clash against Asante Kotoko.

He opened the scoring with a delicate chip before the Porcupine Warriors rallied to draw courtesy Kwame Poku.

But widespread report indicate that WAFA could continue the league without their talisman as he nears a switch to an unnamed Tunisian side.

Lomotey is said to have jetted off to the North  African country just hours after hitting the back of the twine against Asante Kotoko.

WAFA are expected to delve into the market or promote a player from their academy to fill in void when the transfer window opens in February, should Lomotey’s proposed move materialize.