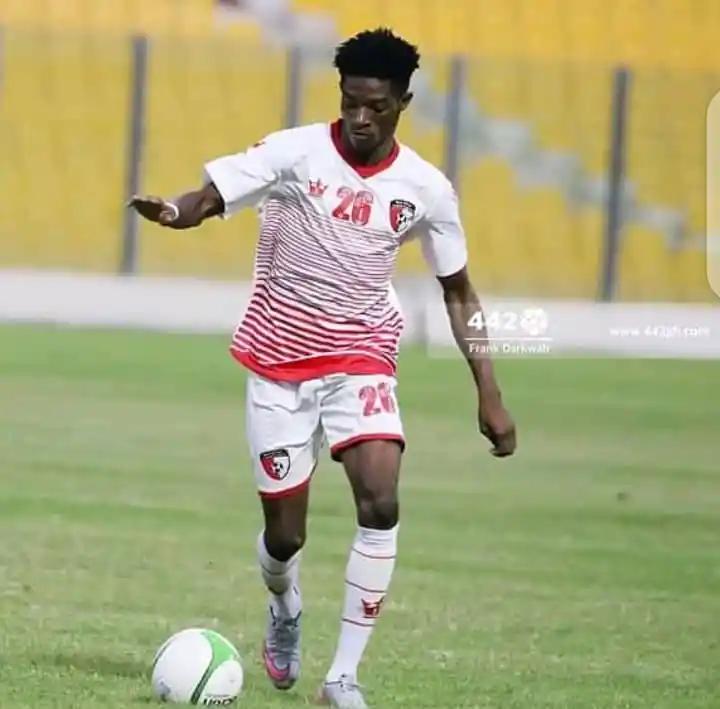 The 20-year-old had a sterling performance in the just ended Ghana premier league season with 4 goals, 3 assists, 1 man of the match award, and helping the Sogakope based side to a record third place finish.

These numbers have caught the eye of the National Under 23 coach Paa Kwasi Fabin who has penciled him down to join the Black meteors.

Hearts of Oak are looking to strengthening their midfield ahead of the Caf champions league representation and believe The 20 year old nimble-footed left midfield midfielder/ Left winger is going to be a key addition to their squad.

Talks are far advance as the agreement is almost reached between the player’s representatives and Hearts of Oak. Once WAFA accepts the bid from the phobians, the deal will be sealed.

“I am delighted to have helped my team secure a top 4 finish and we had to do it against the champions Accra hearts of oak. I am also glad everyone was here to see the kind of player I am and what I bring to the table.” When Enock Esubonteng was asked by media men about his proposed move to Accra Hearts of oak after Wafa beat the phobians in their last league match in Sogakope.