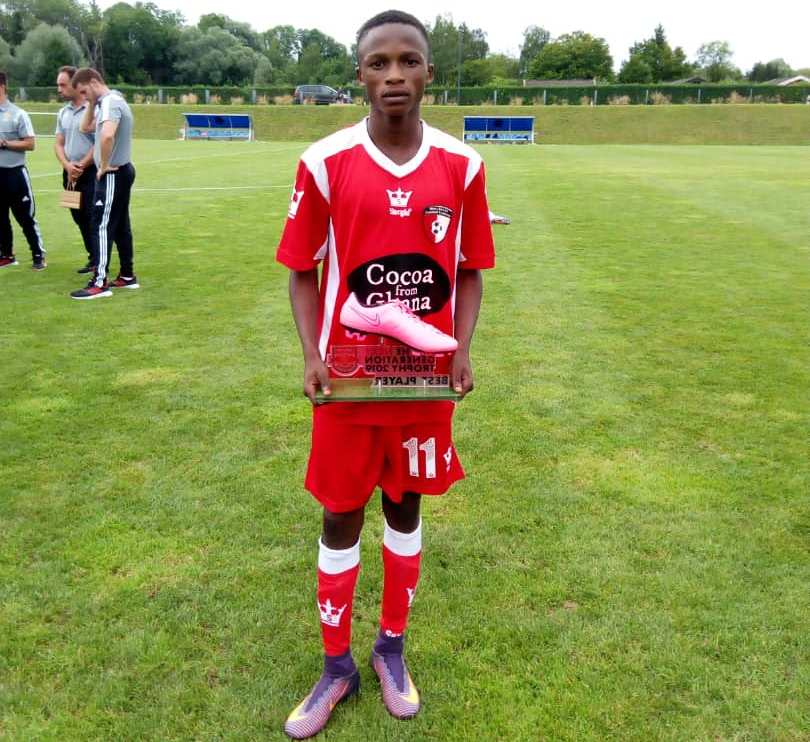 WAFA SC U16 winger Emmanuel Intori was named Most Valuable Player at 2019 Next Generation Trophy in Salzburg, Austria.

Intori put up swashbuckling performances in the five matches for the Sogakope-based academy as they finished second.

Aside his enchanting form, he scored four goals and was the obvious choice for the Golden Shoe award.

He becomes the second WAFA SC player to win the prestigious award after Daniel Owusu who was part of the title winning team of 2018.