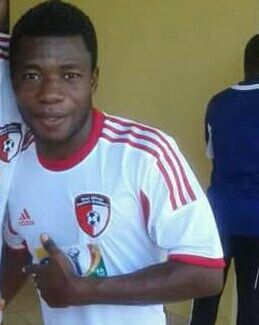 Agbegniandan has joined the Academy Boys till the end of the season from Togolese side AS Togo Port.

He featured for AS Togo Port in CAF Confederations Cup last year and scored twice during the preliminary stage encounter with CARA Brazaville in Congo.

Agbegniandan earned his first senior national football team call up in an international friendly against Mauritius on 28th March, 2015.

He debut for the Academy side on Friday in the MTN FA Cup round of 16 fixture against Emmanuel FC.

WAFA progressed to the quarter-final with a 1-0 win.