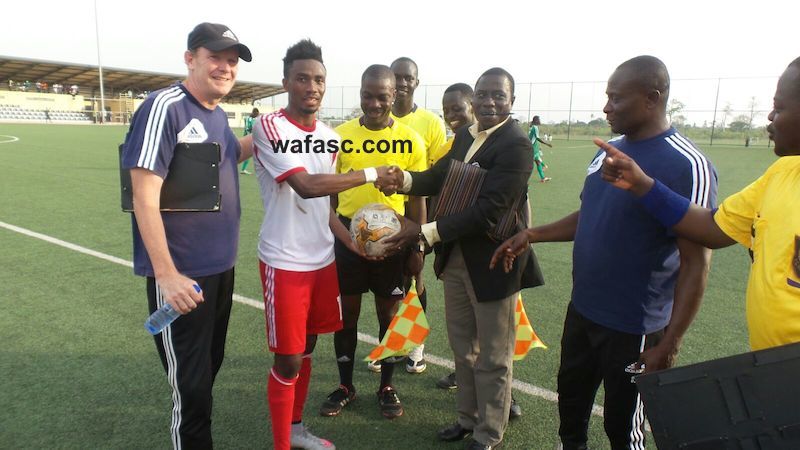 WAFA striker Samuel Tetteh chalked a piece of history by netting the first hat-trick for the 2015/2016 Ghana Premier League season on Sunday inn their 5-0 win over Sekondi Hasaacas at home.

The promising Black Stars scored the remaining three goals-all in the second half- to give the Academy side that mammoth win at the WAFA Stadium in Sogakope.

Charles Boateng opened the scoring with a powerful header from left back Gideon Mensah to make it 1-0 before half-time.

After the break, midfielder Gideon Waja doubled the lead with a long-range effort.

Then Tetteh started to spark to life with a fine finish to make it 3-0 and registered his double with a stupendous free kick to tally four-nil.

Tetteh wrapped up his effort with another sublime finish to complete which earned him the man-of-the-match award.

He now tops the goal-scoring chart with four goals from three matches.