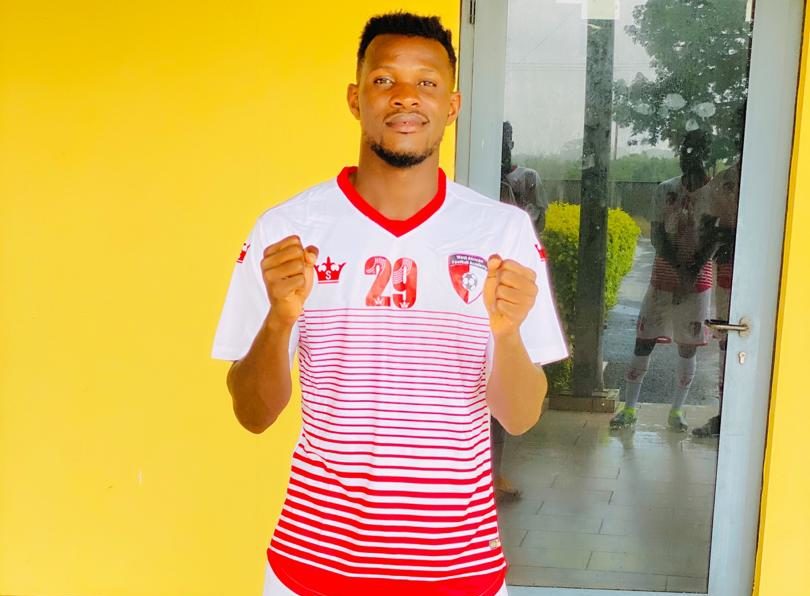 WAFA forward Daniel Lomotey is hoping to clinch the top scorer accolade by the end of the 2020/21  Ghana Premier League season.

On matchday one at Sogakope, Daniel Lomotey‘s second-half brace secured all three points for the Academy boys at the Red Bull Arena in their 4-3 win over King Faisal.

Lomotey who was part of the Black Satellites team that play in the U-20 tournament in Niger was the toast of the fans last Sunday at Sogakope as he tormented the defenders of the opponent throughout the entire 90 minutes.

“Yeah am very excited, after a long time of being sidelined due to few knocks in the previous seasons"

"I thank God for this victory for WAFA and for my goals. Although this is just the first match of the season, I hope to score more goals for my team, and hope if I can  maintain my current form maybe I  hope I will get a call up into the senior national team; my dream  is to play for the Black stars “

“I thank the WAFA technical team, management and the Director /chairman Karel Broken and all my teammates for their prayers during my difficult times, am very grateful to all”

Daniel Lomotey scored all the two goals during the WAFU tournament in Niger, the only goals Ghana scored at that tournament.

On records, Daniel Lomotey was the youngest player to score against the two big clubs in Ghana; Kumasi Asante Kotoko; three against Accra Hearts of Oak and one against Asante Kotoko at age sixteen years (16 years) during the previous seasons.

He has on record for scoring the four hundred (400th Goal) in the Ghana Premier League and was nominated for the player of the month twice during the last two previous seasons.

Currently, at club level, he is among the top three highest goal scores for WAFA, a record for just playing for two seasons.

“I am praying that I will have an injury-free season to prove my talent to all Ghanaians because my hope is to play for the senior national team (Ghana Black Stars)” he said in an interview.