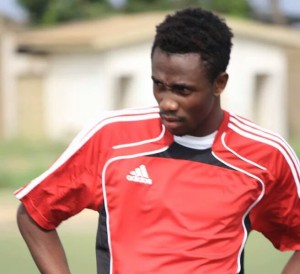 WAFA winger Samuel Tetteh has expressed delight in scoring against Asante Kotoko in their Premier League opener on Saturday at Sogakope.

The Sogakope-based club picked their first win of the season with a convincing 2-0 win over the dethroned league champions.

A goal in each half from Charles Boateng and Samuel Tetteh stunned Asante Kotoko who went into the game with hopes of picking the three points.

And according to WAFA’s second goal scorer, he is elated to have found the net against Asante Kotoko.

“Kotoko is big team and I’m happy to found the net against them. It was a tough game but prior to the game we were optimistic of winning the game and that was what we did.

“We will put this win behind us and focus on our next weekend game against Berekum Chelsea in Berekum,” Tetteh said after the game.