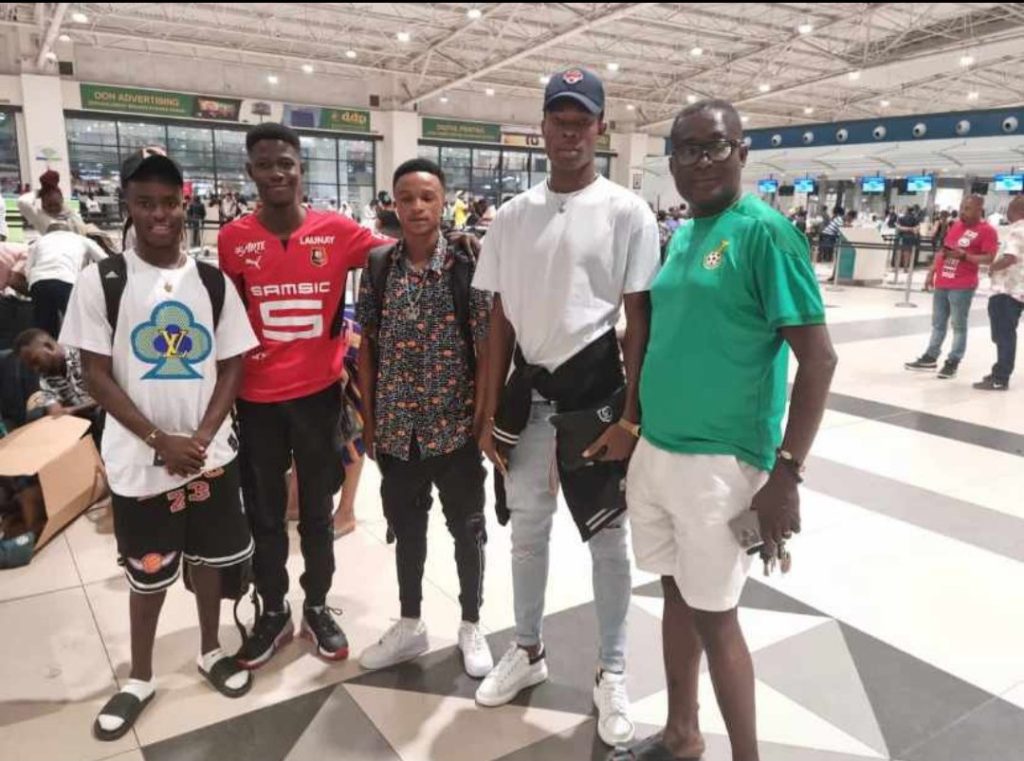 WAFA players at the airport.

The three players flew out on Saturday, 30 July 2022, to be assessed by the technical team headed by Alexander Frei.

They featured prominently for the Sogakope-based academy who got evicted from the Ghana Premier League at the end of the 2021/22 season.

The trio, all under 20, were part of the WAFA U16 team which played in two Next Generation tournaments organised by Austrian giants Red Bull Salzburg before COVID-19.

At the 2019 edition, winger Intori was named Most Valuable Player and Golden Shoe recipient after scoring four goals in five matches.